The army is making extra efforts to track down the terrorist group after its recent attacks. The Nigerian Army has offered a reward of N5 million for information that leads to the discovery of Boko Haram bomb-making factories in the northeast region.

The Theatre Commander of Operation Lafiya Dole, Major General Rogers Nicholas, made the announcement on Thursday, June 21, 2018, as part of efforts by the Army to crack down on the terrorist group.
The announcement comes on the heels of an attack by two female Boko Haram bombers who attempted to infiltrate an artillery military hangout in Maiduguri, Borno, on Wednesday, June 20.

Even though the bombers were able to detonate their bombs, they were the only fatal casualties of the attack, with 15 other people injured.
The terrorist group has been notorious for its numerous attacks over the past few months and has been blamed for the death of 43 people in a twin suicide bomb attack that ripped through the town of Damboa in Borno State on Saturday, June 16.

The victims were reported to have been returning from celebrating the Eid el-Fitr holiday when two suicide bombers detonated their explosives in Shuwari and nearby Abachari neighbourhoods in the town around 10:45 pm.

Most of the casualties died from rocket-propelled grenades fired by jihadists into the crowds that had gathered at the scene of the initial attacks.
Boko Haram menace
Since the insurgency of the terrorist group escalated after a 2009 crackdown by the military, Boko Haram, chiefly under Abubakar Shekau’s leadership, has been responsible for the death of over 20,000 people and the displacement of more than 2.5 million scattered across Internally Displaced Person (IDP) camps across the country and its neighbours.

After a massive military operation resulted in the displacement of the group from its Camp Zairo base in the infamous Sambisa Forest, it has resorted to suicide bomb attacks on soft targets and carried out daring attacks on military bases, with hundreds of captives still unaccounted for. 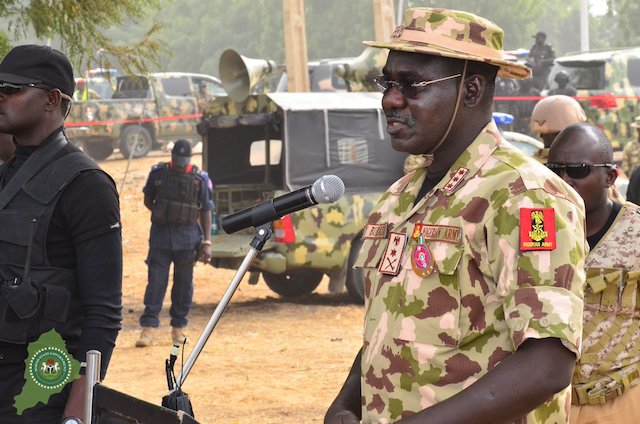