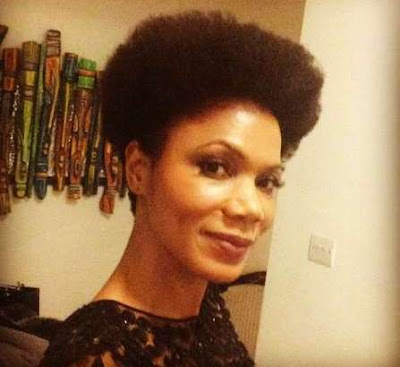 This month, Funmi Iyanda will receive what is for her, the latest in a long line of awards, but this time from an English university that has recognised her significant global contribution to human rights and sustainability. At a University of Cumbria graduation ceremony in the historic Carlisle Cathedral on Wednesday 25 November, Funmi will receive an honorary fellowship from the institution in acknowledgment of her outstanding and high profile work.

Funmi is the first African woman to receive this award. An award winning Nigerian media entrepreneur, producer, talk show host, journalist and activist, Funmi is best known for independently producing and hosting Nigeria’s most popular and ground-breaking talk show New Dawn with Funmi, which ran on the national network for eight years.

She is a Director at Creation television, a film production company in the United Kingdom, acquiring classic African literary content for film adaptation to a global audience. She is also the founder of the Change-A-Life Foundation, a social service non-profit organization that acts as a bridge between exceptional but indigent youth and women and the individuals, agencies and organizations with the capacity and willingness to meet these people’s needs.

Funmi has worked closely with the University of Cumbria for a number of years, in particular with its Institute for Leadership and Sustainability (IFLAS), where her achievements and inspiration make her a role model to the growing contingent of African students who enrol on the MBA. She has been recognised by the World Economic Forum making her a Young Global Leader (YGL) and by Forbes magazine naming her one of Africa’s most powerful and influential women, and is a Fellow of the Aspen Institute World Global Leaders Programme.

Speaking on receiving the award, Funmi said, “I am truly honoured to have my work and career recognised by such a historic institution and thankful for a great space to contribute to a diverse body of knowledge.” IFLAS Founder and Professor of Sustainability Leadership, Jem Bendell, says of Funmi, “She demonstrates how celebrity and media can be used to raise the level of debate about what kind of society, politics and economy we want.

“Given the gossip and squabbling in much mainstream media, it is important that our cultural leaders call us to consider what really matters in life, like poverty, equality, and the environment. We look forward to working further with Funmi on a range of our activities in both the UK and Africa.”

The University of Cumbria teaches leadership and sustainability to hundreds of senior executives from across Africa, through its MBA programmes with the Robert Kennedy College. IFLAS has over 500 African MBA students.