British footballer, Joey Barton has been slammed by Nigerians for condemning Wizkid’s Ojuelegba as trash.

Joey Barton then later took to his Twitter page to condemn the song, he wrote;

“Love @anthonyfjoshua but ring walk music is crap. Needs to get a decent DJ sharpish. 70,000 in Cardiff. Get @stereophonics or @Manics”

Love @anthonyfjoshua but ring walk music is crap. Needs to get a decent DJ sharpish. 70,000 in Cardiff. Get @stereophonics or @Manics on 👊🏻

Nigerians who are always ready to defend their own did not like Joey’s criticism of our starboy, Wizkid and made him know. They went on both his twitter and instagram handle to troll him, See their reactions below; 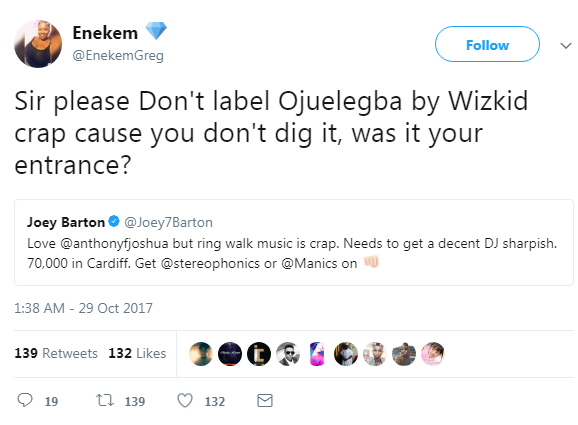 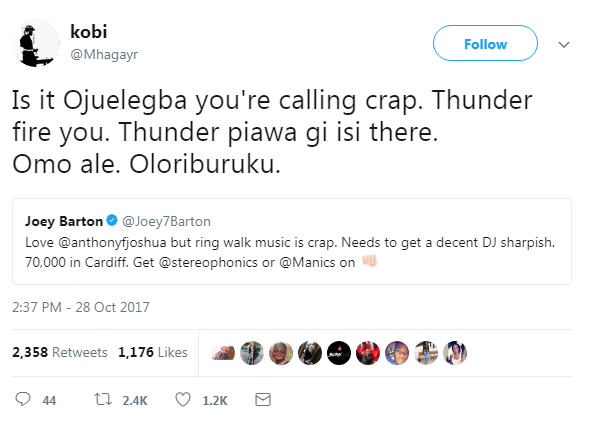 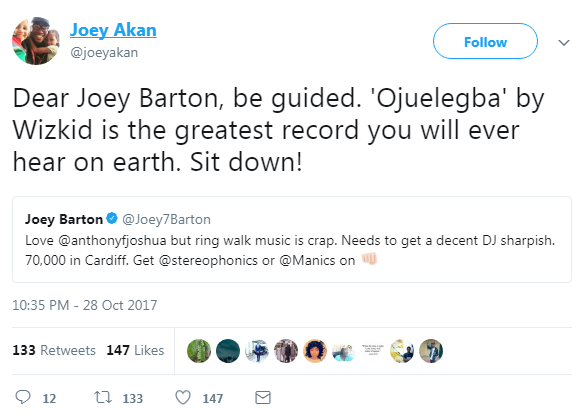 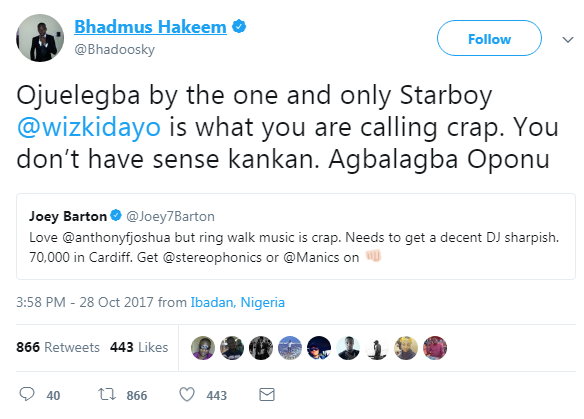 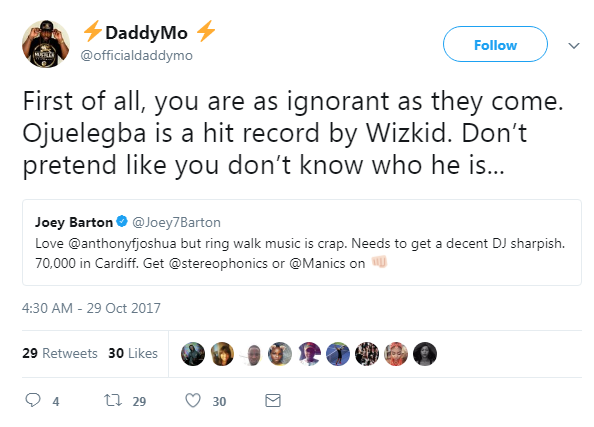 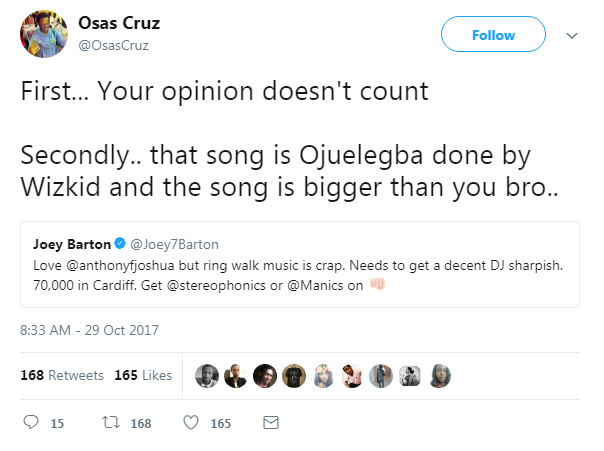 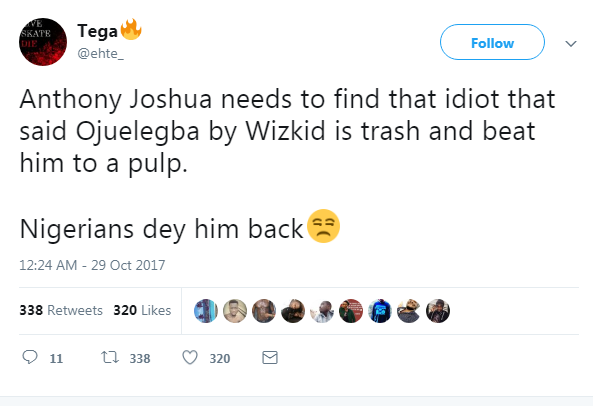 No surprise you didn't have a decent football career. Should have been a DJ instead if you are so worried about ring walk music.

Nigerians are going to come for you @Joey7Barton
They will rain curses that will affect your next 3 generations.
Better delete this tweet.

This is why you never succeeded at anything except horrible tackles and red cards. Is it your music? Is it your fight? Oponu. 😤

For someone convicted on charges of violence, well I'm not so surprised. Oniranu pic.twitter.com/rlIg6mCUXm