Gernot Rohr have hinted that seven players who participated for Nigeria in the last World cup tournament in Russia, are unlikely to receive invitation for the AFCON Qualifiers against Seychelles which is to be played in September 8 Completesportsnigerian.com reports. 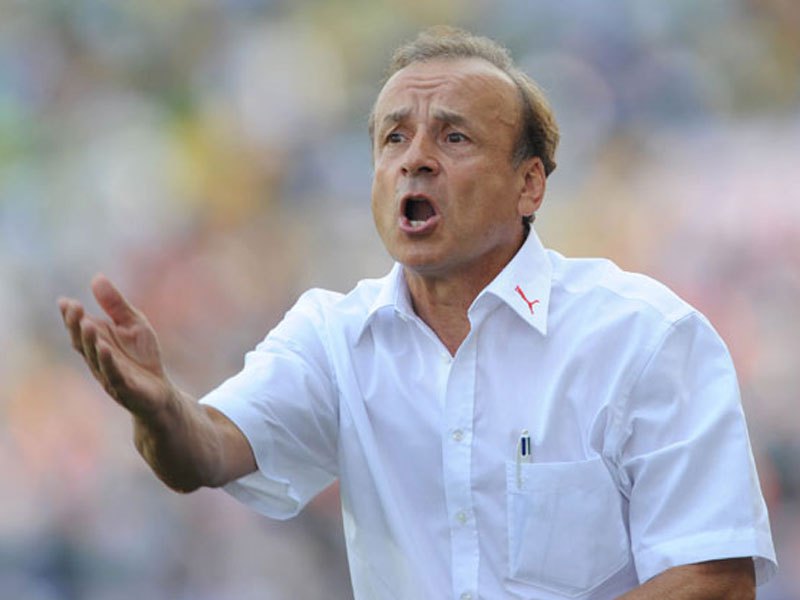 Rohr who remained in Europe after the country’s early exit from the World cup have revealed his plans to bring in some fringe players who could not make it to the last World cup according to an official in the NFF Secretariat in Abuja.

“Coach Rohr has remained in Europe to monitor our players and scout some emerging stars with the view to capping them and he has also hinted at his plan to drop some world cup Eagles because of injuries, loss of form or for tactical reasons,” our source who requested anonymity told Completesportsnigeria.com in Abuja

“He would have been here to submit his world cup report, but had to stay back because of the leadership tussle at the NFF, but all things being equal, Rohr may be in the country next week to submit his report and release his squad list for the Seychelles game in September”

Reports have indicated that Kelechi Nwakali could be recalled while Tyronne Ebuehi and John Obi Mikel are likely to be dropped due to injuries. Reports all hints that Joel Obi, Elderson Echiejele, Odion Ighalo and Ogenyi Onazi could all give way for younger generation of Nigerian footballers.