‘Fantastic Numbers,’ a new Nigerian movie, will be shown for the first time on Friday, June 29, 2018 at the Imax Cinema, Lekki, Lagos.

This movie will be released to the cinemas across Nigeria on Friday too.

Addressing journalists, the Executive Producer, Yakubu Mohammed, said that the movie would address cases of children who were abandoned by their parents because they became a burden. 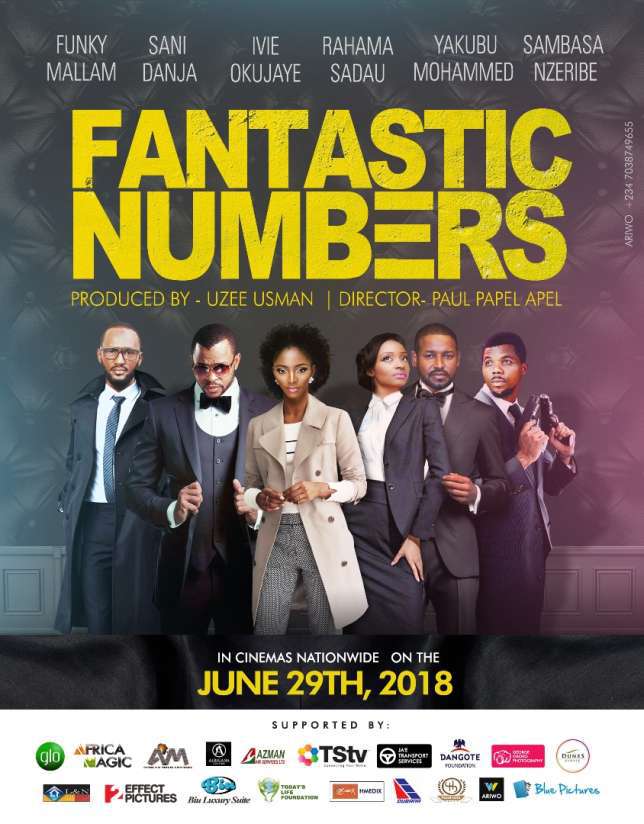 He added, “Those children become orphans and are left all alone to survive. Also, there are relationships that go wrong because of the couples. We see women suffering because the men in their lives are their only hope for survival; so, they keep quite and swallow their bitter pill. I don’t want to give our everything before seeing it, but the movie tells us about these and more.”

A production of 2effect Pictures and distributed by Blue Pictures, the movie tells the story of a set of twins separated at birth. They bump into each other in a dramatic circumstance and become enemies.