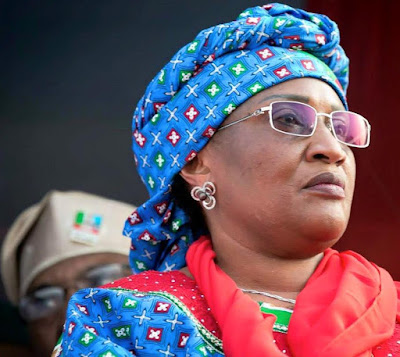 Alhassan, who was in crutches when she arrived the camp, and after addressing the IDPs, entered the store to discuss with some of the said vulnerable women. While discussing with the women, she collapsed, but was quickly assisted to a chair and given a bottle of Coke to drink, which revived her, ThisDay reports.

According to some of her aides, she had been diagnosed with low sugar, a problem that creates serious weakness of the body.

But despite her state of health, she managed to explain to journalists at the camp that her fact-finding mission to Yobe, Borno and Adamawa States tend to confirm the foreign NGOs’ allegation on violation of some girls and women at the IDPs’ camps in the North-east.

The minister had earlier said that she was at the camp to give a message from President Muhammadu Buhari to the displaced persons, who wanted them to cheer up despite the hardship because everything was being done to ensure that they go back to their homes.

She told the IDPs that the president was touched by their suffering and that was why he sent her to come and donate relief materials and felicitate with them.