This morning, a video showing PSquare Peter and Paul Okoye and their elder brother Jude in a heated exchange of words that almost led to fisticuffs was released.  Paul Okoye has taken to Twitter to react to the video which insinuates that the video isn’t new and was released by his twin….
Recall that it was contained in the letter released yesterday that Jude allegedly told Peter to bring his coffin to his house. The video also shows Jude saying the same thing which means the letter was drafted following the incident recorded in the video which was part of their first altercation..Not new!
This is one sad story and we are sure we will see more posts before the day is over……It is even worse that they are neighbours and this can result into bloody fist cuffs.
Where are the family members of these men? Why are their wives silent?Who is behind this Brouhaha? 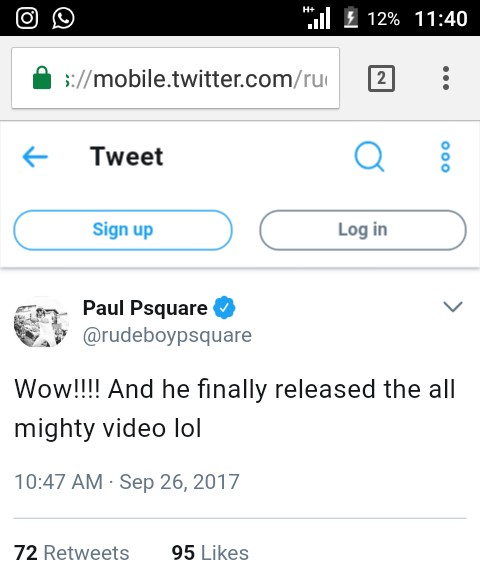