The Peoples Democratic Party (PDP) has challenged President Muhammadu Buhari to find a quick solution to the lingering fuel scarcity now ravaging all parts of the country.
In a statement issued by its National Publicity Secretary, Kola Ologbondiyan in Abuja, the leading opposition party reminded the president that as Minister of Petroleum Resources, it is his responsibility to resolve the issue quickly.
He insisted that “it is not enough for the president to sit in his comfort zone and put the blames of the fuel scarcity at the doorsteps of marketers, while Nigerians continue to suffer untold hardship.”
The statement added: “The unbearable fuel situation in the country is completely unacceptable.
“Mr President must become up and doing. He should not allow anybody to push him to claim that the issue of fuel scarcity is not under the purview of the Minister of Petroleum Resources.
“When he took office as President of Nigeria and also as the Minister of Petroleum Resources, he was aware that the buck stops at his table.
“Nigerians must not be made to suffer especially at this time of the year when we have the Yuletide and New Year festivities, which come with a lot of activities.
“This is the same APC government that promised that it will make fuel available and affordable. Today, under their deceitful and corrupt watch, fuel has not only become extremely scarce, the price has also risen from where the PDP left it at N86.50k per litre to as high as N300 per litre and above.
“The effect is that transport fares, running costs, prices of food, medicines and other basic needs have soared beyond the reach of Nigerians, who are now groaning heavily under the hardship of APC misrule. 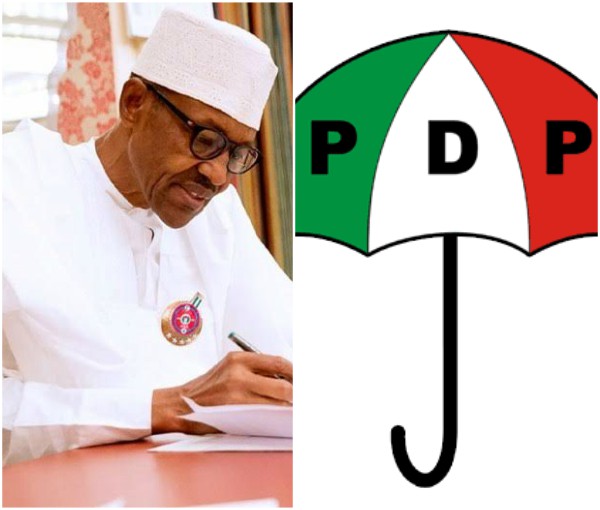 “But should Nigerians be subjected to this type of anguish and pain after supporting APC to win the election in 2015? Does APC indeed deserve another support in 2019?”
“Whereas we know that the time is already up for the APC, we nevertheless urge Mr President to, within the remaining short time, rise up to his responsibilities as the minister of petroleum or immediately relinquish that position and allow a competent person to run the ministry. Enough is enough.”
The statement urged Nigerians not to despair but rekindle their hope in the future as the PDP “is now repositioned to regain power in 2019 and return the nation to the path of good governance, social stability and economic growth, for which it is generally known.”
Loading...