The annual Olojo festival in Ile-Ife started on Friday with the historic appearance to public of His Imperial Majesty Ooni Adeyeye Enitan Ogunwusi Ojaja II to receive his numerous guests who are in Ile-Ife from all parts of the world for the historic festival which commemorates the creation of mankind. 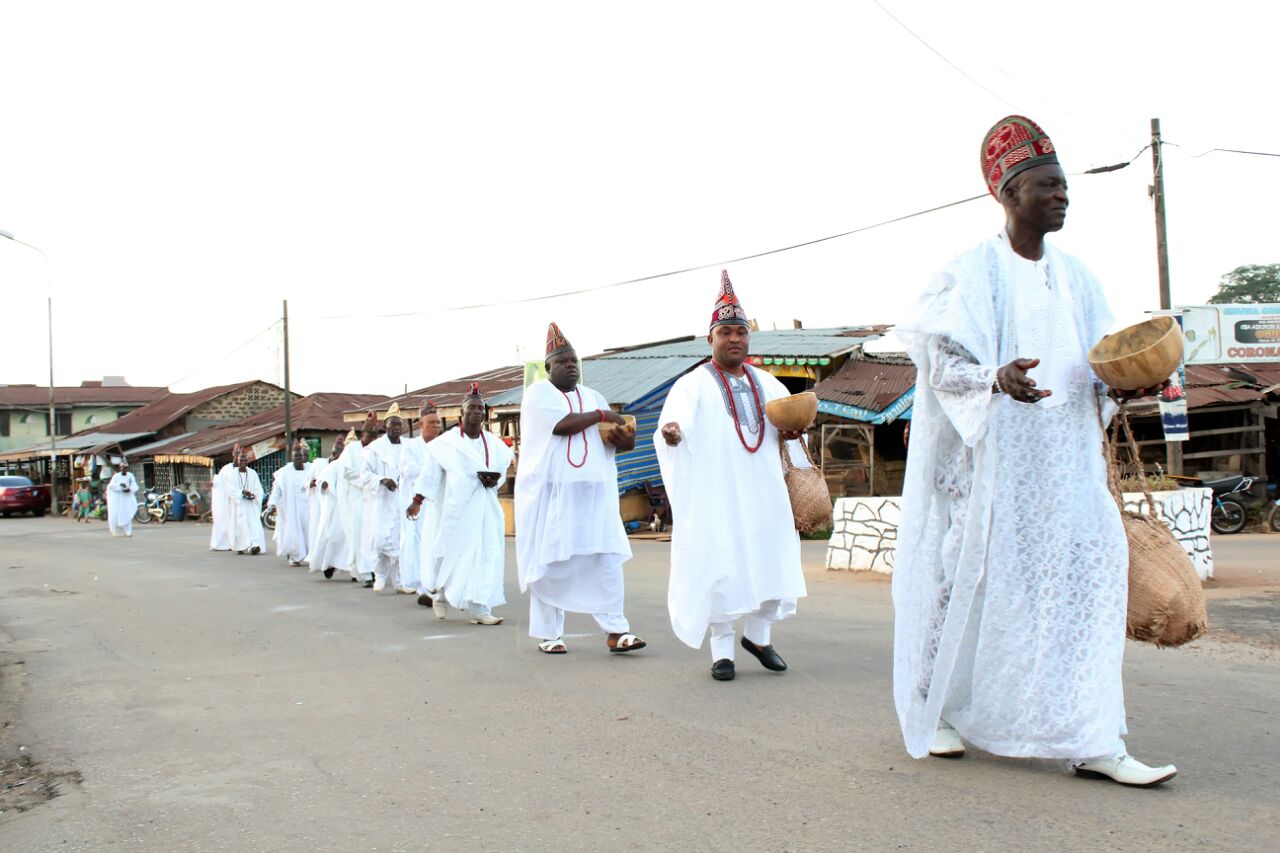 Ooni, the Spiritual leader of the Yoruba race worldwide terminating his seclusion that had kept him incommunicado in the last one week arrived the palace from ILOFI where the spiritual seclusion had taken place accompanied by the notable Ife indigenes and High Chiefs. He was received by a mammoth crowd of participants.

He was seen offering prayers to the multitude of participants who were in batches paying homage to him on the sacred throne of Oduduwa, the progenitor of Yoruba race.

ILAGUN, a very sacred aspect of the festival celebrating the relevance of OGUN(god of Iron) to the creation of the world had earlier taken place at OKEM’OGUN shrine located at Enuwa, Ile-Ife.

This year’s Olojo Festival continues on Saturday when the Ooni is expected to appear to the general public with the sacred AARE crown that is worn once in a year.