Senators of the Peoples Democratic Party, PDP are currently seated at the entrance of the National assembly after being prevented entrance by officials of the Department of state security services, DSS earlier this morning.
It was gathered that the senators are seated to prevent a rumored impeachment plot by APC senators against the Senate President, Bukola Saraki and his deputy Ike Ekweremadu. 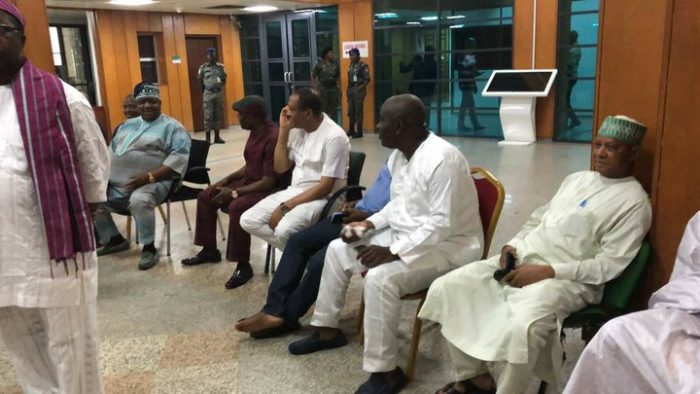