Celebrating the feat, Rahama displayed pictures of herself in a joyous mood, thanking her fans and colleagues for making her get to 1 million fan base on Instagram.

“Love and gratitude to one million of you. Thank you,” Rahama wrote.

Rahama is the first Kannywod actress to hit one million followers on Instagram. 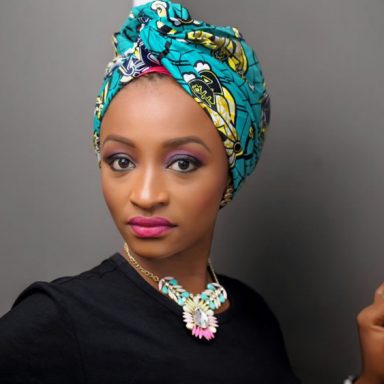 Following closely are actresses Hadiza Gabon, with 871,000 and Nafeesat Abdullahi with 700,000 followers on Instagram.

She got suspended from the industry for featuring in a ‘romantic’ musical video in 2016.

“That was actually the beginning of her triumph in the entertainment industry. She got a lot of sympathy from within and abroad.

“Movie director, Jetta Amata and famous Singer, Akon, invited her to the US. When she returned, she featured in many big budget Nigerian films including the big buster series ‘Sons of the Caliphate,” Hassana Dalhat, a movie promoter, told PREMIUM TIMES.

Rahama is currently in her final year, at a university in Cyprus.

She is also the CEO of Sadu Pictures and a beauty line, Sadau Beauty.

She has since rolled out the Sadau brand of lipsticks, hair attachment and make-up solutions for ladies.