It has been observed that many Nigerians only work yet without anything to show for it. Many earn while working but most of their earnings are spent on things that they think are important but in reality they are important but not urgent.

Segun is currently in his early thirties and has been working for about 10 years. He is considering getting married very soon and feels this may just be the right time for him. However, he faces one huge problem. He has no money in the bank to fund the wedding ceremonies, let alone sustain a family. He is even more appalled when he realizes that he has earned over N30m combined in his last 10 years as a salaried worker, yet he had nothing in terms of savings in the bank or investments to show for it. What could be the problem?

A lot of young bachelors I know face serious issues with finances despite relatively having little responsibilities compared to their married counterparts. This can be a real problem for an economy that is fast transforming as more and more graduates are churned out to replace our ageing workforce. Why is being broke a problem for bachelors? Here are some of the reasons I can point out. 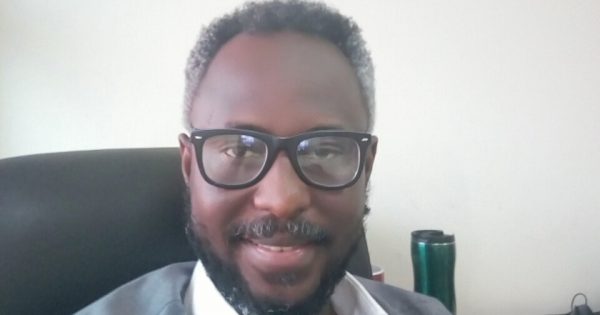 A familiar characteristic of a young thriving bachelor is the desire to own a nice car and living in a rented apartment. These require huge outlay of cash as landlords collect a minimum of one year rent upfront and the cost of good cars also high. They end up borrowing from their offices or banks at very high rates to pay back over time. The loan repayment, including interest, leaves them with little or no money to save. But if they had saved first, they would have had enough money to at least fund either a car or a house.

Most bachelors I know hardly cultivate the habit of saving. This can be because they do not feel any level of responsibility to a spouse or even children. Therefore, every income they receive is channeled towards maintaining their lifestyle, leaving them with little or no disposable income, let alone savings. Another reason can be a deceptive belief that they don’t have goals.

As a bachelor, you must inculcate the habit of saving at all times. Rather than think you have no goals that warrant savings, you should save towards marriage, your unborn kids’ education, welfare, house, and even insurance.

Some bachelors live a reckless lifestyle of partying, drinking, travelling and being a spendthrift. Whilst it is not so bad partying or drinking, there is a likelihood that this will be done excessively as a bachelor. These habits are inimical to a good savings culture as they are hardly compatible. When you save, you have little disposable income and limit your ability to fund some of these lifestyles.

Young bachelors also feel this intense need to give back soon after they are employed. They have parents, younger ones and even relatives who rely on them for some source of income. This puts immense pressure on their finances making them seldom save or even invest for themselves. In fact, some cultures in Nigeria require that newly employed persons give their complete first month salary to their parents. While it is good to give back, wouldn’t saving your entire first month salary be a good head start in life?

Peer group influence is another strong factor affecting savings culture of bachelors. Young bachelors often have friends who are also not married and in most cases are simply excited with the newly found freedom of life to even bother to save. There is this unannounced competition to outdo each other in terms of spending.

They often misplace their priorities choosing to chase more material aspects of life than meaningful ones. While belonging to a peer group is human nature in itself, joining one with a better focus in life can be a very useful tool for saving.

This is why groups such as an investment club or a cooperative are very wonderful forms of peer group influence that can aid the culture of saving.

This needs no introduction as most bachelors I know indulge in womanising and trying to look good. Both habits are very expensive to maintain and these days the price is even much higher than it used to be. Women are wiser and more demanding of their men both financially and physically. They want you to dress really nice and lavish some of your money on them. While these are not bad demands, they can be quite expensive for a young bachelor. It is very possible for this behaviour to not only stop you from saving but to make you borrow chronically and keep you indebted.

Acquiring further education is very encouraging, however it comes at a huge cost. A Master’s degree locally costs between N500,000 and N2m, while the same abroad can be between N5m and N10m. Young bachelors have identified the advantage that postgraduate degrees can bring for their careers in future thus making them want to spend every money they have acquiring it. The risk here is that, they take up these degrees full-time thus resigning from their jobs. Upon graduating they are mostly broke with most not even having enough money to pay off the balance of school fees. Students’ debts are common even in developed countries.