The asserts by the Ex speaker, House of Representatives, Hon. Ghali Umar Na’Abba, that when he (Na’Abba) raised the issue of the weakening condition of education with him (Sambo), he went religious instead of addressing the issue was denied by the Ex Vice President, Namadi Sambo.

While responding to an address by Vice President, Yemi Osinbajo on the most proficient method to determine a some of the difficulties confronting Nigeria, Na’Abba, who was one of the discussants at an ongoing occasion denoting the eighth session of the Lagos State House of Assembly said when he reached Sambo, when he was the VP, he basically went religious, saying “may God mend the circumstance.”

He told the gathering that “I told Jonathan’s vice president about the state of education in Nigeria and I thought he would do something about it. But all he told me was ‘may God heal the situation’”.

But in a reaction, Sambo’s Special Adviser, Media and Publicity, Alhaji Umar Sani, said the former speaker’s claim was untrue and an attempt to attract cheap publicity to himself.

“The attention of former Vice President Sambo was drawn to a publication widely circulated in the social media purporting to emanate from the Na’abba, making disparaging comments against the person and stature of the former vice president.

“For the avoidance of doubt and to set the records straight, it is necessary to state that no such discussion took place between the former VP and the former speaker. The publication must have been motivated by desperation and a dubious desire to salvage a diminished public status,” Sani said.

He said Sambo seldom used such language, especially as someone who had played a pivotal role in uplifting the education infrastructure across the country.

“As the chairman of the National Economic Council (NEC), he ensured that there was heavy investment in the education sector. After the formulation of the National Policy on Education, the former VP set up a committee headed by the then Executive Secretary of Tertiary Education Trust Fund (TETFUND), now Chairman of the Independent National Electoral Commission (INEC), Prof. Mahmood Yakubu, to tour all tertiary institutions across the country, review the state of infrastructure and make recommendations for ending the infrastructural deficits and decay and ensuring restoration of normalcy in the sector.

“A holistic report was presented at NEC and adequate steps were taken towards effective implementation. Nigerians cannot forget that fourteen new federal universities were established as part of efforts to address the deficit in the sector while ensuring equitable distribution of federal government institutions across the federation.

Specifying Sambo’s various commitments towards building up the educational sector, Sani said it is “deluding, wicked and malignant ruse to recommend that the previous VP had any such exchange with the previous Speaker,” Sani included. 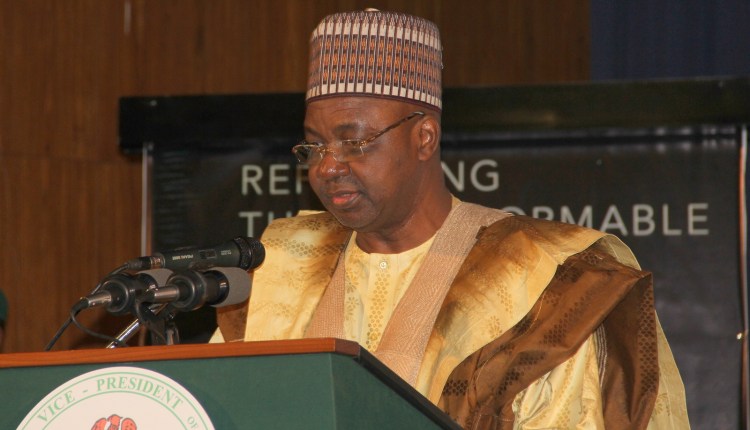