On Thursday in Abuja, some of the cabinet ministers gathered to say, “President Muhammadu Buhari deserves to be re-elected to build on the development foundation he laid in the first term”.

The ministers spoke at the opening of the International Press Institute World Congress 2018 in Abuja tagged: Conversation with the Government of Nigeria’’

The Ministers of Finance, Interior, Information and Culture as well as Trade and Investment were discussants at the event held at the banquet hall of Presidential Villa, Abuja, with international and local media practitioners.

Mrs Kemi Adeosun, the Minister of Finance said the President deserved to be re-elected following the administration’s achievement in repositioning the economy and putting Nigeria on the path to sustainable growth and recovery.

According to her, the nation has never had it so good in terms of its potential to grow and really show what the country can do as its diversified economy that creates opportunities.

The Minister of Interior, Gen. Abdulrahman Dambazau said a re-election was for continuity because “Nigeria cannot get anybody better than President Buhari’’. 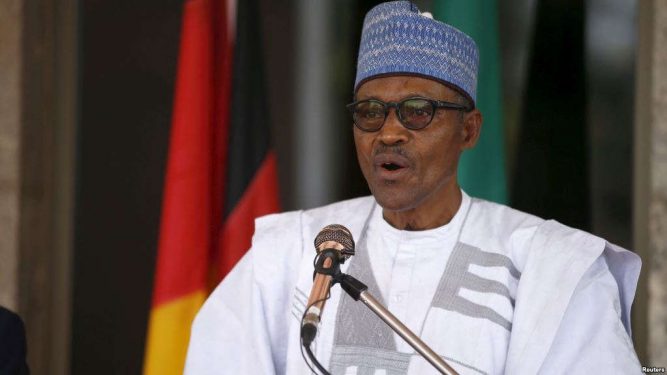 For the Information Minister, Alhaji Lai Mohammed, the administration had delivered on all its promises and deserve a second term.

“We promised we were going to fight corruption, corruption today is a taboo in Nigeria,’’ Mohammed said.

The Minister of Trade, and Investment, Dr Okechukwu Enelamah added that under the leadership of the President the citizens had changed the conversation in the country.

According to him, we are now talking about the importance of security, fighting corruption and good economy “rather than saying corruption is not a problem, it is not different from stealing’’.

The ministers had earlier taken turns to itemise the achievements of the administration including the expansion of the tax net and diversification of the economy to generate more funds for development.

They also highlighted the achievements in infrastructure development in line with the Economic Recovery and Growth Plan to enhance job creation, trade and security in different parts of the country.

“It is quite encouraging that all the things that the nation needs to do to go on the part of growth, we are doing.

“We are building, we are investing in our security, we have addressed the issue of tax, we have created the enabling environment by investments in infrastructure, which will allow people to take advantage of the government’s initiatives,’’ Adeosun said.

Lai Mohammed noted that the country exited recession within two quarters while the country’s stock exchange had grown by more than 40 per cent in recent times.

He added that 200,000 jobs were created though the N-power job creation scheme while the administration was feeding 8.2 million pupils in the school feeding programme.

He said that the Social Investment Programme of the administration was second to none, adding that government had built 850 kilometres of roads while power generation had increased to 7,000 megawatts from 2,630 megawatts it inherited.

Enelamah noted that under the present administration, the country was having the same conversation and noted that it was important to continue on the trajectory of the progress being made to sustain it.

According to him, there is a deliberate plan to industrialise the country through the construction of industrial parks.