Dr. D.K Olukoya, the General Overseer of the Mountain of Fire and Miracles Ministries, is known for his unquestionable love for music, and this has seen him commit resources, time and energy to the discovery, development, and refining of musical talents, thereby, enabling such talents to attain the world-class standard.

A man who has created such an inspiring environment by being a mentor has also made unreserved financial commitments, by providing such talents with opportunities for further development through music studies. Interestingly, he himself is also a musician, who has several musical compositions to his name as well as a massive collection of negro spiritual songs. This love and passion for great music led to his unreserved support for the ‘Shalom Chorale’ – a gospel choir group in the MFM United Kingdom.

Dr. D.K Olukoya’s commitment was rewarded this beautiful Sunday, November 25th, 2018, when the Shalom Chorale brought home glory to the gospel genre, and the Mountain of Fire and Miracles Ministries church at large, as they emerged winners of the BBC Songs of Praise Gospel Choir of The Year 2018 competition in the United Kingdom. This competition is highly recognized not just in the UK, but in the worldwide gospel music scene.

The annual event organized by the British Broadcasting Commission (BBC) Songs of Praise, had several choirs from around Great Britain enter in, but only 5 were selected as finalists, but only one could emerge as the winner. And that position was awarded to the Shalom Chorale during the final episode on Sunday, November 25th which was aired on BBC One. 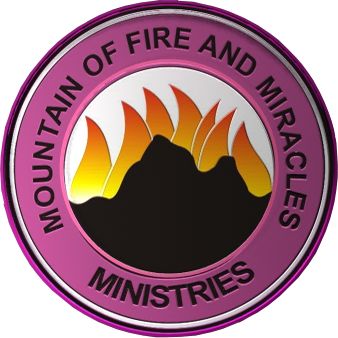 The Shalom Chorale is a group of singers with a passion for music and faith in God. In times like these, when news of violence and rumours of war seem to dominate the world, they feel there is a need for peace, hence their name ‘Shalom Chorale’.

Their members come from different geographic regions in the UK, with the majority based in London, and others in Milton Keynes, Leeds, and even Durham! They are a bunch of talented individuals who cherish singing to the glory of God, whenever and wherever they can. Simply put, as they described, their mission is to share the message of peace and love through godly music.

They expressed how blessed they feel to enjoy the unlimited support of the MFM church community and its founder (General Overseer of the Mountain of Fire and Miracles Ministries church) Dr. D.K. Olukoya who has been a source of blessing, mentorship, and immense support to them.

Their passion, efforts and breath-taking performances didn’t go unnoticed, as they got the world’s attention and were selected to compete as one of the top 5 choirs for the BBC Songs of Praise Gospel Choir of the Year 2018 competition in the United Kingdom. At the first stage of the finals, the delectable choir sang to the amazement of the audience who couldn’t help but give a standing ovation to that effect, the judges: award-winning choir director Gareth Malone, gospel choir leader Karen Gibson and actor and singer Shaun Escoffery, were not left out as they gushed over the choir. The choir then proceeded to the final stage of the competition, where they were announced winners! 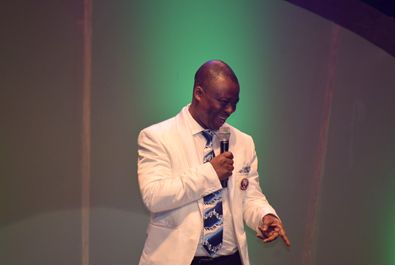 Dr. D.K Olukoya expressed his utmost joy, seeing how God has rewarded his labour of love, sacrifice, and commitment to the growth of Christian music in Nigeria and around the world. He rejoices with the music director of the Shalom Chorale and its entire members. He also reassures them of his unending support and love for the group while restating his commitment and efforts towards ensuring that gospel music attains greater recognition all over the world.