Singer Dice Ailes has been named the National Youth Ambassador for Sports!

The “Diceyyy” singer was appointed an ambassador by the Federal Minister of Youth and Sports, Solomon Dalung, after a concert during the National Sports Festival in Abuja. 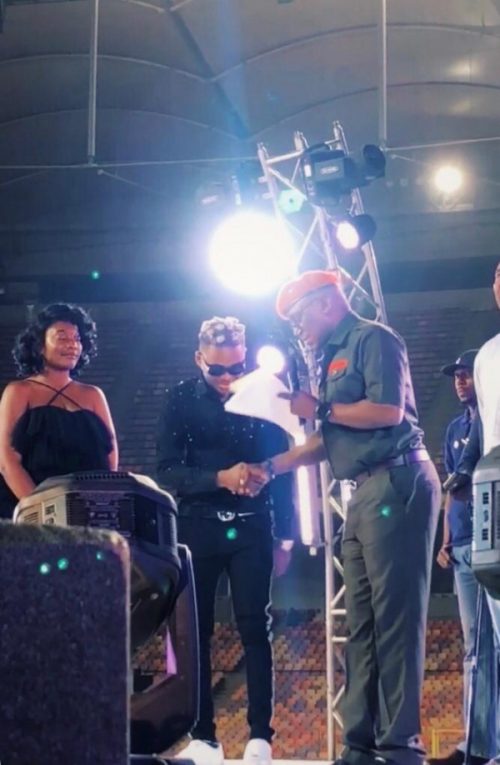 Dice Ailes performed some of his fans’ favourites hits in the concert, before being honoured with the appointment.

Speaking after the honour, Ailes said he felt honoured to be given such great recognition. He was on top of the world, he said, maybe on cloud 9, after being singled-out out of up to 70% of Nigeria’s 180 million population to serve.

Congratulations to Dice Ailes on this achievement.