In the past days in Igbo land, Ibini Ukpabi, a divinity prominently called the ‘Long Juju’, was utilized to settle arguements in the area and rebuke culprits of violations. The Long Juju altar serve as an incomparable court for the general population of Arochukwu kingdom in modern day Abia State. The decision of the oracle was unchangeable and nobody either through status or riches could switch its judgment. 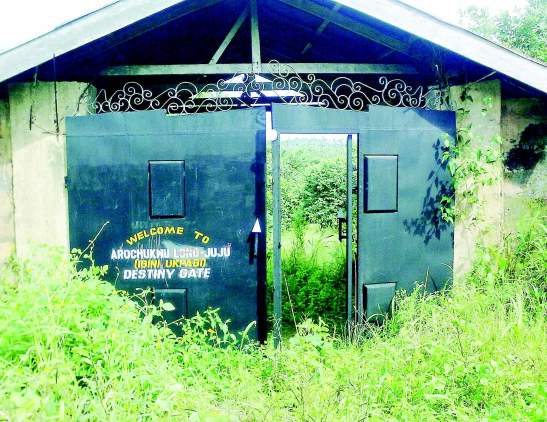 Anybody blamed for a wrongdoing strolled into a passage (the passage of vanishing) at the hallowed place to get his/her judgment, and if the denounced individual is discovered blameworthy, he/she would never be seen again. Guilty parties were slaughtered adjacent to a streaming waterway called the ‘Red river’. At the point when the river turns red, the members of the guilty parties trusted they have been slaughtered by the Long Juju divinity. 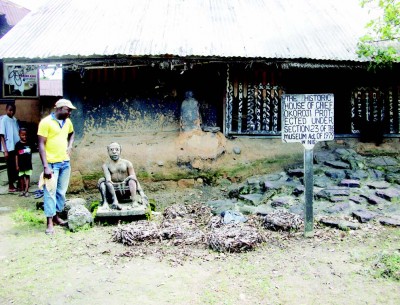 However, during the 15th century when European rule and slave trade started in Africa, West African slave traders used the long juju shrine of Arochukwu to get slaves for themselves which they later sold off to Europe. The offenders, after walking into the tunnel, were stripped naked at a place known as the ‘Hill of Rags‘ and clandestinely sold into slavery instead of being killed.

It was said that Ibini Ukpabi got the name ‘Long Juju’ when a British explorer walked the long tunnel and got tired then exclaimed, “This juju is long; it is a long juju“. During the British military expedition to Arochukwu in 1901 and 1902, the Long Juju shrine was invaded and destroyed. But the shrine still has a faded picture of what it used to be like in the past. It was after this punitive expedition that historical and brave figures like Mary Slessor came to Arochukwu to spread Christianity and stop the killing of twins.

Today, the Long Juju shrine of Arochukwu served as a religious and tourism site. It has become an important tourist attraction in Abia State, Nigeria because of the role it played in the history of Nigeria and West Africa.