Antonella Roccuzzo watched on in distress as husband Lionel Messi crashed out of the World Cup. The Argentina superstar’s wife sat in the stands at the Kazan Arena with their children Thiago, five, and Mateo, two, for the last-16 defeat to France. 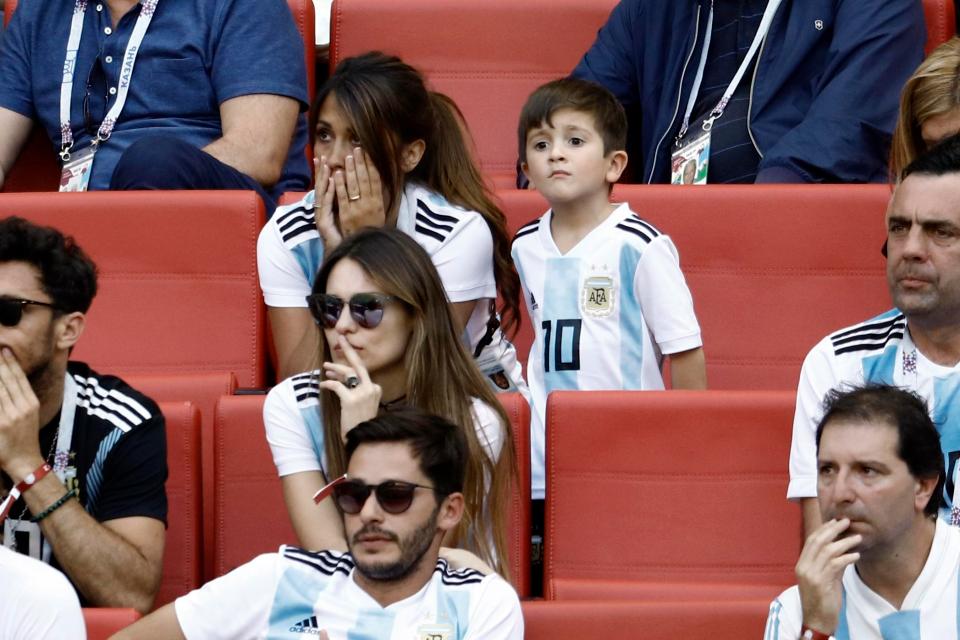 Antonella, 30, joined her hands in prayer, hoping Messi, 31, could perform a miracle late into the match.

Son Thiago looked anxious as he ducked behind a chair while his younger brother was cradled and given his bottle by a woman sat next to his mum.

But, despite the Barcelona ace making two assists and Sergio Aguero netting a 93rd minute goal, she was left devastated as France ran out 4-3 winners.

And Messi could now even retire for a second time after the painful elimination. 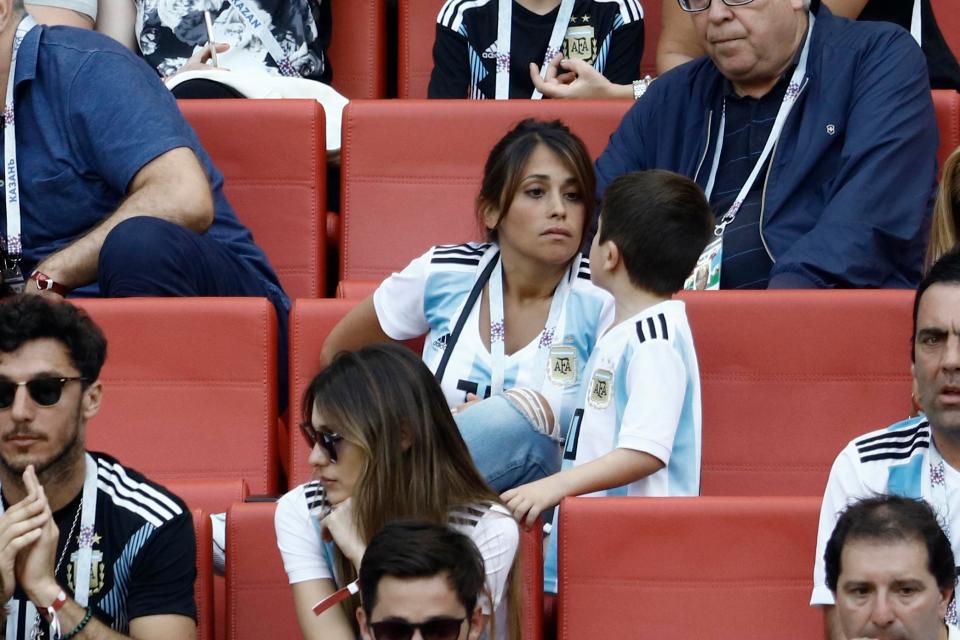 He said: “We came to the cinema more than the pitch, because we came to see the chronicle of an announced death. And that’s what happened. “France contained Messi, Argentina’s midfield, so he could not get in behind them.

“Without Messi we are just another team.

“Another World Cup has gone and we are left with nothing.

“It’s bad that another World Cup happened and Argentina did not manage to have a consistent team.”