A 17-year old girl from the Makoko community of Lagos, known for its heavy dependence on fishing and located around the water in Lagos has built to a website to help fishermen in Makoko, a slum in Lagos.

Makoko is the neighbourhood you would see on your right side while plying the Third Mainland Bridge, Lagos, on your way to the Island from the Mainland. It is a common occurrence to see fishermen at work during any of your journeys across the bridge.

Her name is Leah and she is the 11th child of her family. She recognized the disadvantage of her family with middle-men and felt they were being underpaid. What she did was create a website named Makoko Fresh to bridge the gap between her family’s product and willing consumers, utilizing the internet. 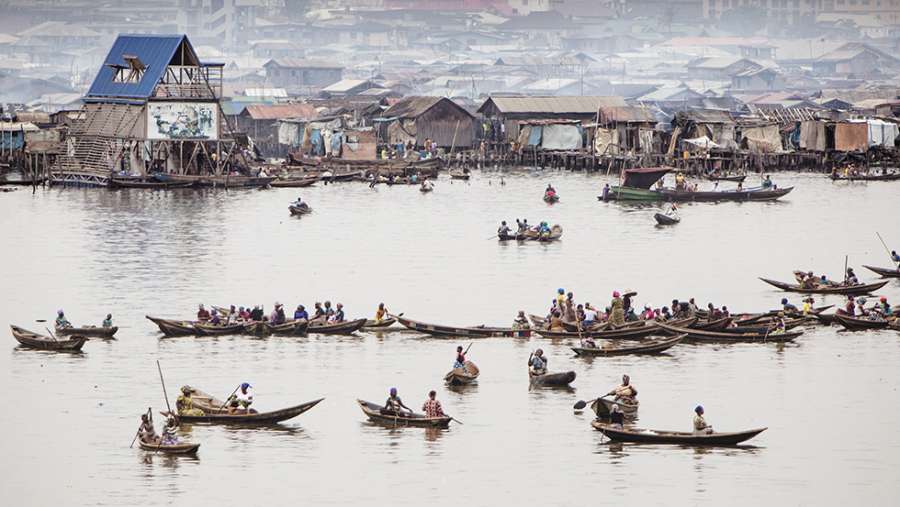 In an interview with CNN which opened with Sharon walking through her neighbourhood, her father talked about how he was born into the fishing business and never had the privilege of attending school. She also noted that most of the people in her neighbourhood are fishermen and the women, traders who sell the fish.

Bent on following a different path to the one assured by her immediate surroundings, she grabbed the opportunity to learn to code from Abisoye Ajayi-Akinfolarin,the CNN hero who teaches disadvantaged girls from the lower rungs of society how to code. Her program is called GirlCoding and it has trained over 100 girls.

Sharon says, “It was around 2015 when Ms. Abisoye came to Makoko community to train girls about computer. I said okay, I would go… I learned how to use computer very well, to build websites. That’s why I’m creating an app with my team.”

One of them is Sharon. The program’s slogan is called, “When girls learn to code, the world will run without bugs.”

Sharon hopes to be, “a software engineer. I see myself working with one of the biggest companies in the world.”