Peter Okoye better known by his stage name of Mr. P of the defunct music duo, PSquare has taken to Instagram to flaunt photos of his exotic cars and house in a bid to motivate fans.

According to the singer who went solo after Psquare split, the photos should motivate or inspire his fans rather than make one mad or sad. His post reads;

“#MondayMotivation I pray that this pictures Motivates and inspires you, rather than making you mad or sad. Same God that did for me will surely do it for you Say a big AMEN!!! #MondayMotivation #Blessed #LivingMyDreams #MyWayMyWorld #BossOfHisOwn #MrP’sWorld #TheHustleIsReal #ZOOM” 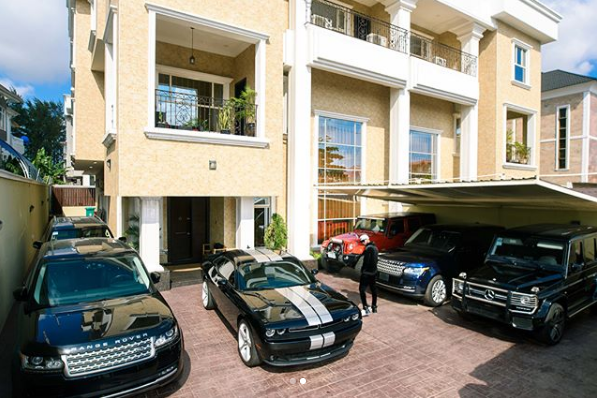