From the sprouting of young and creative designers to the successes of the biggest fashion shows in Africa, 2017 was amazing for the Nigerian fashion industry.

With expert advice from fashion editors in Nigeria, here are BlackNBold’s top ten most outstanding young designers of 2017. 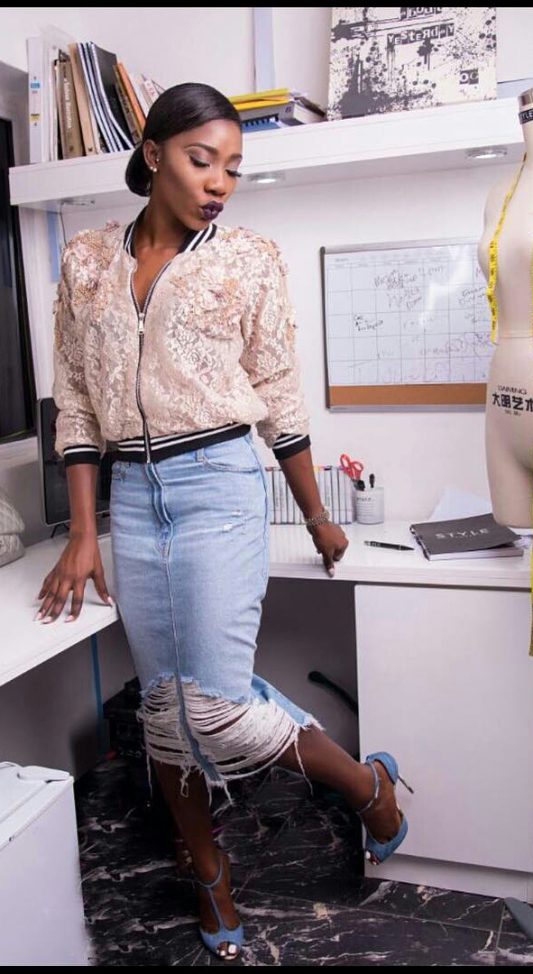 Og, as she is fondly called, is the creative director and founder of the Style Temple brand which is gradually dominating the bespoke female fashion industry and now pioneering a new school of thought.

Style Temple is now one of the most prestigious fashion brands in Abuja and has experienced immense growth in terms of business and clientele.

Some of the focus of the brand include ready to wear, bridals, aso-ebi and haute couture.

Over the years the brand has been able to attract celebrity clients like Stephanie Coker, Chimamanda Adichie, Toke Makinwa and Zainab Balogun.

2017 was a productive year for the young designer as she made a remarkable presentation at the Lagos Fashion and Design Week 2017 where she debuted her S/S 18 collection. 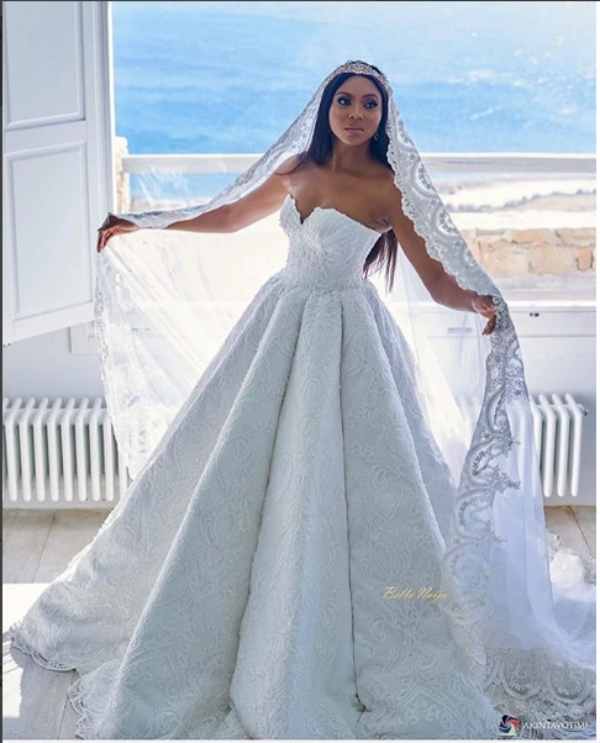 She was nominated as fashion designer of the year at the Ebonylife TV Sisterhood Awards 2017, featured on CNN Africa top 10 designers to look out for and also had her pre-spring 2018 collection featured on Maire Claire. 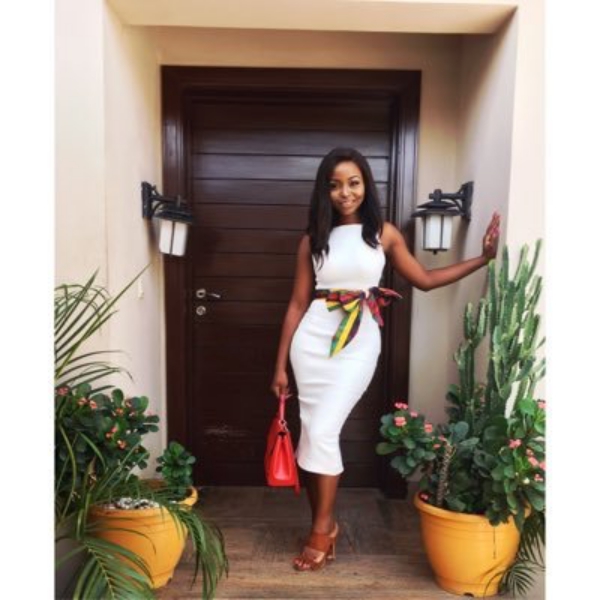 It is amazing to see the level of growth attained by Sandrah with the TUBO brand in 2017.

Sandrah is a celebrated womenswear designer who is known for her creativity in redesigning the traditional African bridal attires, chic fashion clothing, and haute couture pieces with amazing silhouette.

She came into the fashion scene in 2014 and her vision for the brand is to take it global. 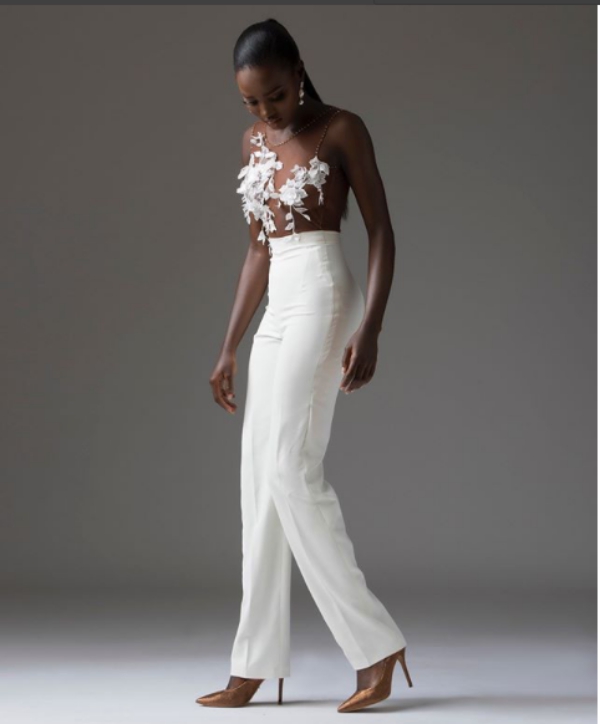 The brand represents a firm, sexy and empowered woman, who is a mixture of feminity, strength, and vulnerability; she is classy and very comfortable in her skin. In 2017, Sandrah dressed celebrities like Toke Makinwa, Adesuwa Etomi, Tara Durotoye, and Gbemi Olateru-Olagbegi.

She made the beautiful outfit worn by Adesua Etomi to her bridal shower and also the colourful aso-oke resemblance for Nanfe Jemimah on her traditional wedding. Sandrah made a remarkable impression at the Glitz Africa Fashion Week 2017 in Accra where she showcased a bridal collection called ‘Her Form’. 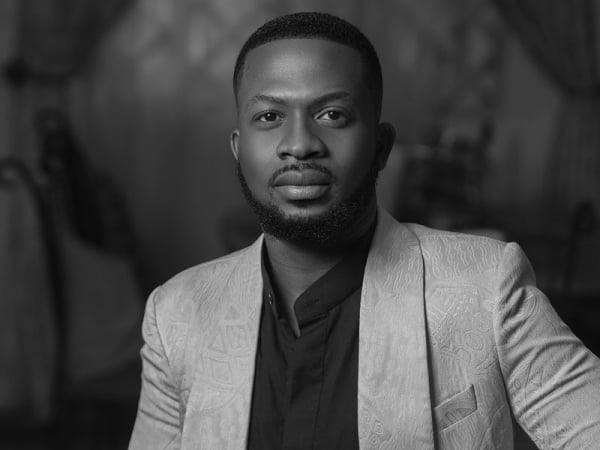 Oke-Lawal is a contemporary and androgynous designer who is the creative head and founder of Orange Culture, a menswear brand which has been described as a “movement” for men who are “self-aware, expressive, explorative, art-loving nomads”.

The brand combines classic and contemporary western silhouettes with those from Nigeria.

Oke-Lawal uses his design as a political affront and makes room for designers who want to use their craft to speak out. 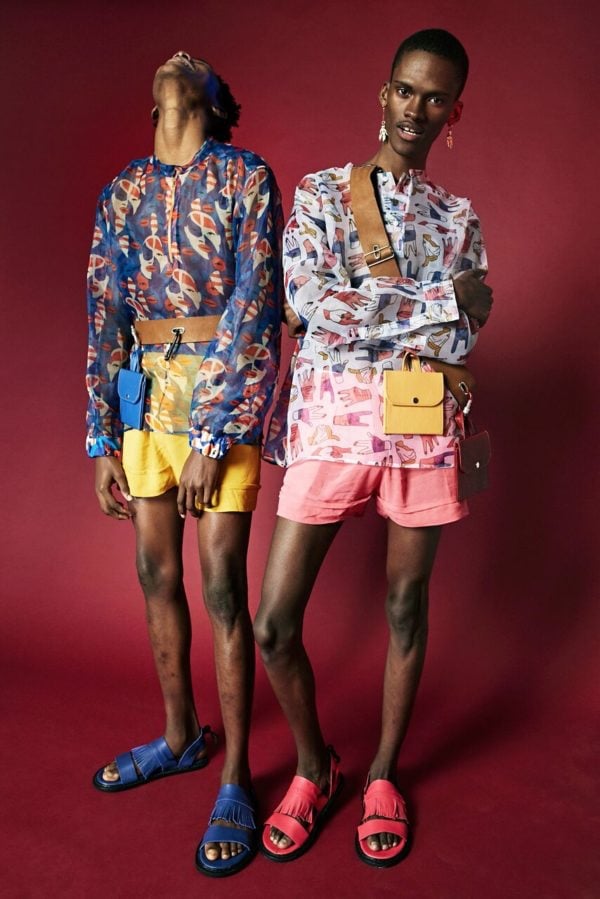 In 2017, Fashion Scout London included Oke-Lawal in its ‘Ones To Watch’ list during the London Fashion Week. Also in 2017, Selfridges in collaboration with Style House Files released a capsule collection created by Nigerian singer Davido and Oke-Lawal for their Music Matters. 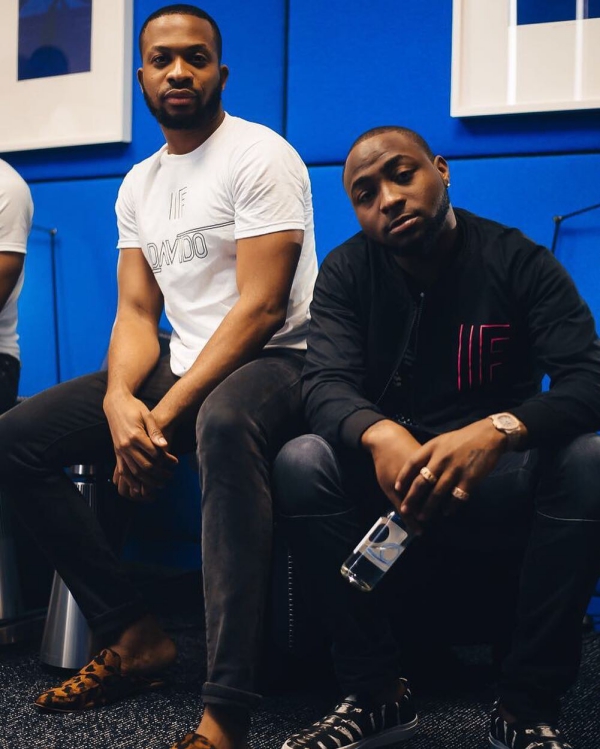 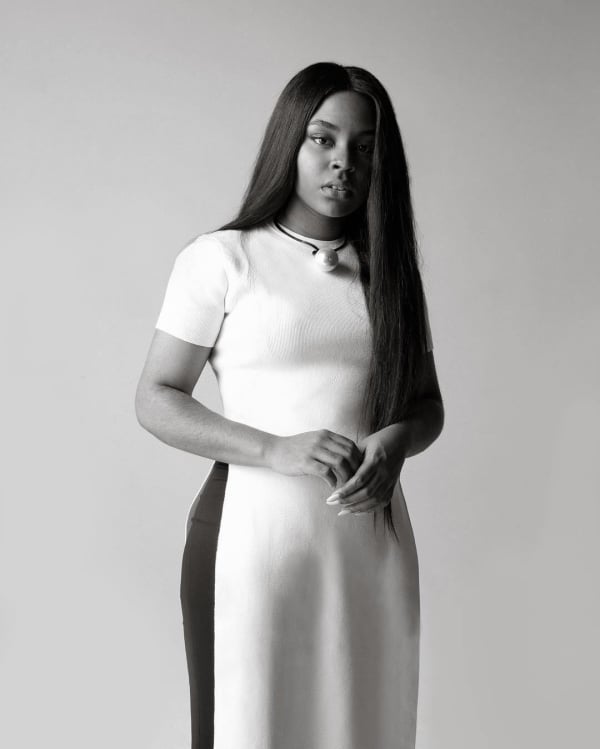 Dumebi Iyamah is the brain behind the fast-growing women’s wear brand, Andrea Iyamah. The fashion brand is strongly influenced by culture and ethnic values. Dumebi started her brand at the age of 17.

Andrea Iyamah is recognised for its unique swimwears made from African prints, its edgy and chic ready to wear dresses, as well as its bridal designs.

The brand has focused on selling ethnicity with a modern twist while maintaining its attention to detail. Over the years the brand has been able to build a strong clientele, within and outside Nigeria.

In 2017, Andrea Iyamah showcased a bridal collection at the Heineken Lagos Fashion and Design Week. We saw her pieces on some notable celebrities such as Adesua Etomi, Asiyami Gold and Somkele Idahalama. 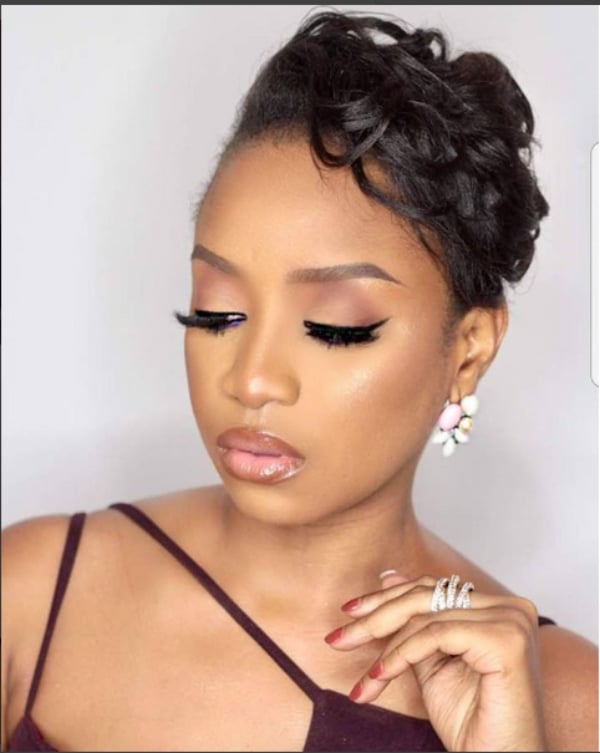 Derin Fabikun showed a remarkable growth in 2017. She is the creative director of women’s wear brand Fablane by Derin.

She started her fashion line in 2009 at the age of 19 and within a short period of time she has been able to create a name for herself in the competitive fashion industry. 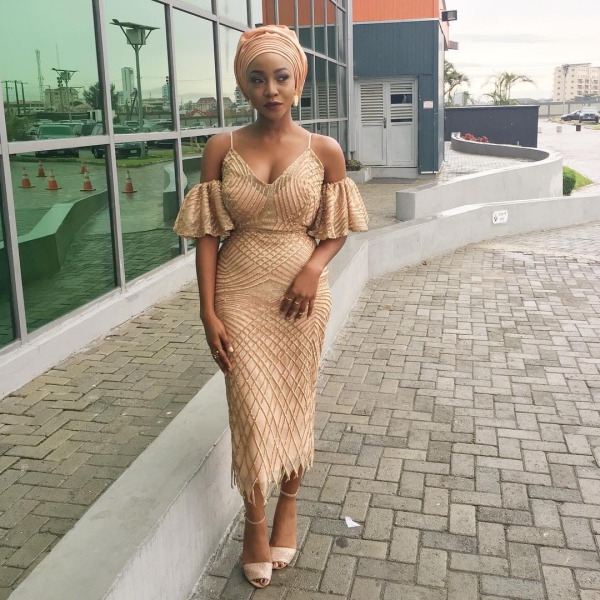 In 2017, the young and talented designer ventured a lot more into bridals. Some of her celebrity muses are Beverly Naya and Indima Okojie. 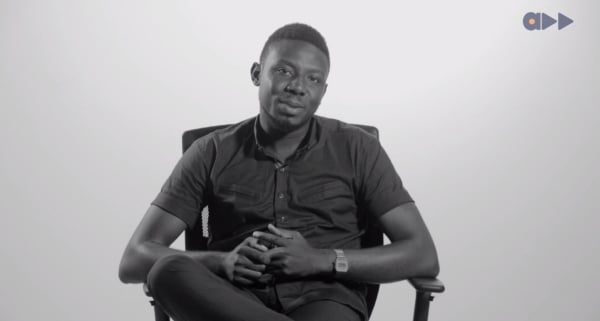 Emmanuel Okoro is the creative director of a contemporary unisex wear brand Emmy Kasbit. This young designer has shown a great level of consistency with his brand.

Emmanuel started his brand in 2013 but didn’t get widespread attention until 2014, when he showcased his debut collection, ‘The Definition’.

Since then, the brand has attracted a strong clientele, some of which are Denola Grey, Munachi Abi, Omotola Jalade-Ekeinde.

He emerged as a top five finalist for the LFDW Fashion Focus. 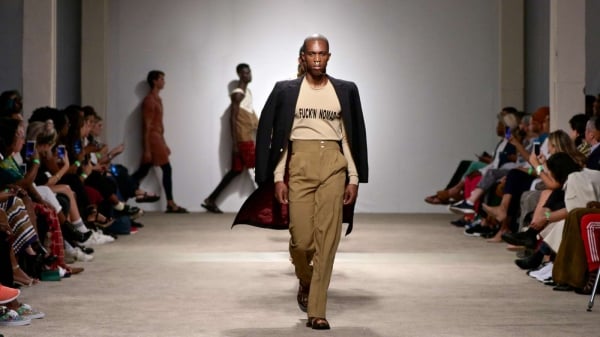 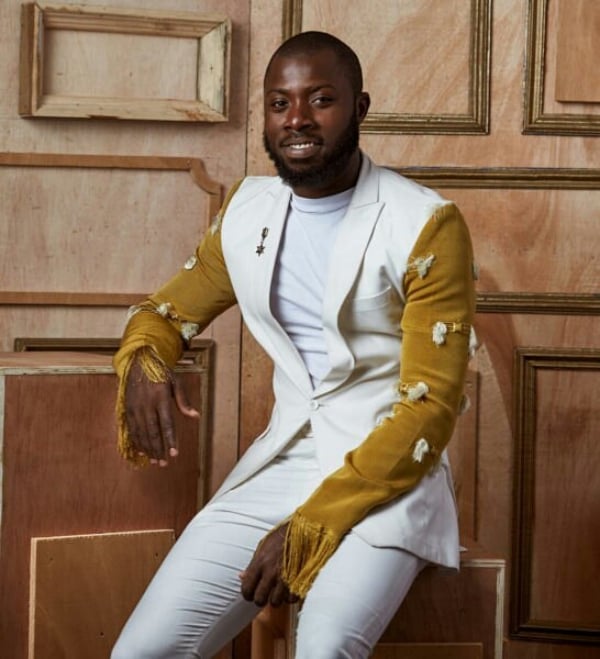 Ntukokwu Samuel is a women’s wear designer who has displayed a great level of consistency and stayed true to his brand aesthetics.

He attained prominence after his emergence through the 2016 LFDW Fashion Focus. 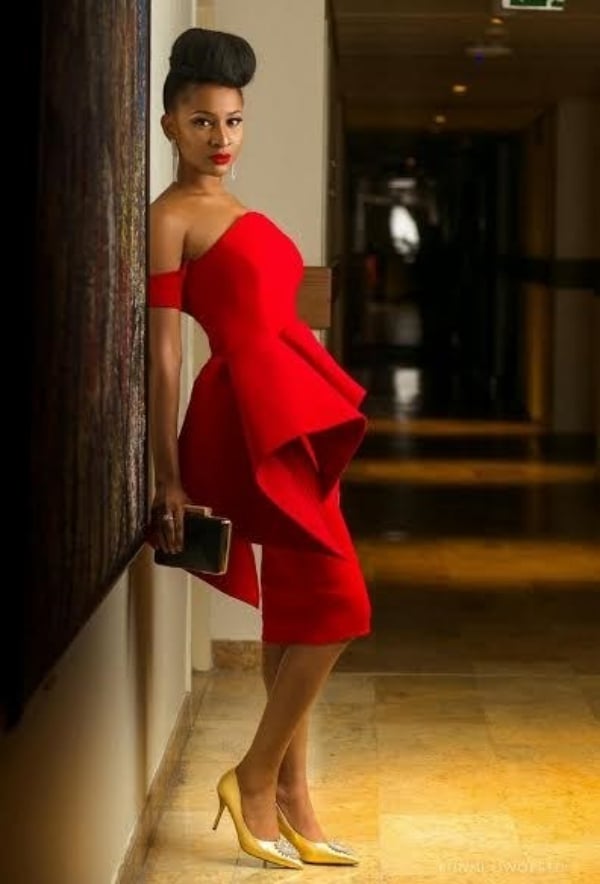 His brand has been growing and crossing boundaries in the Nigerian fashion scene. He has clothed top celebrities such as Waje, Bolanle Olukanni, and Adesua Etomi.

He had an amazing showcase at the 2017 LFDW and the GTBank Fashion Weekend 2017.

Samuel Noon is definitely a fashion brand to look out for in 2018. 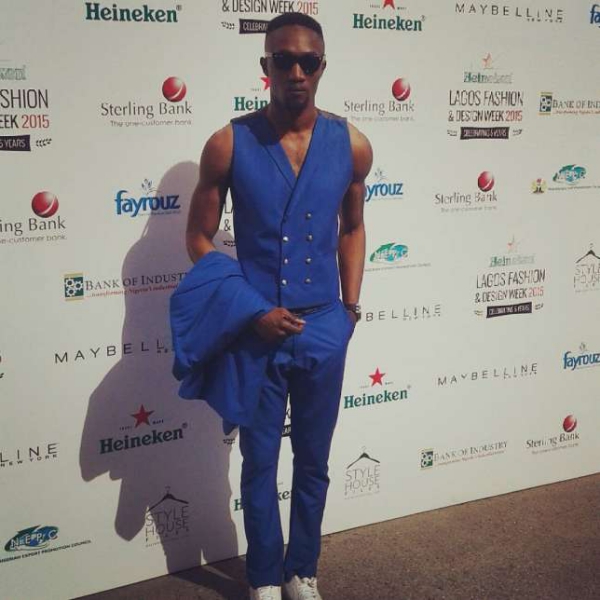 Seun Morafa is the creative director of MORAFA, a contemporary unisex brand and an English graduate of the University of Lagos. He was discovered at the Nigerian Student Fashion And Design Week 2015 where he emerged as the second runner-up.

His career received a major boost after he emerged as a finalist at the 2017 LFDW Fashion Focus. Seun debuted his SS18 collection at the event. 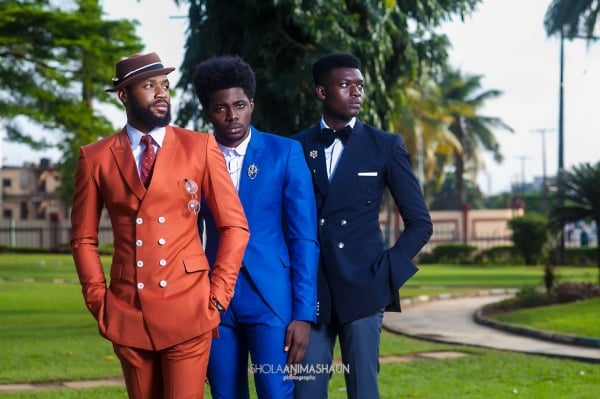 In 2017, Ikechukwu rocked an outfit from MORAFA on the cover of Guardian Life while Tiwalola Olanubi, Chris Kwekowo and Evans Akanno donned the brand on the cover of Vanguard Allure. Other celebrities such as Mr Eazi, Falz, and Emmanuel Ikubese have been spotted wearing outfits by MORAFA. 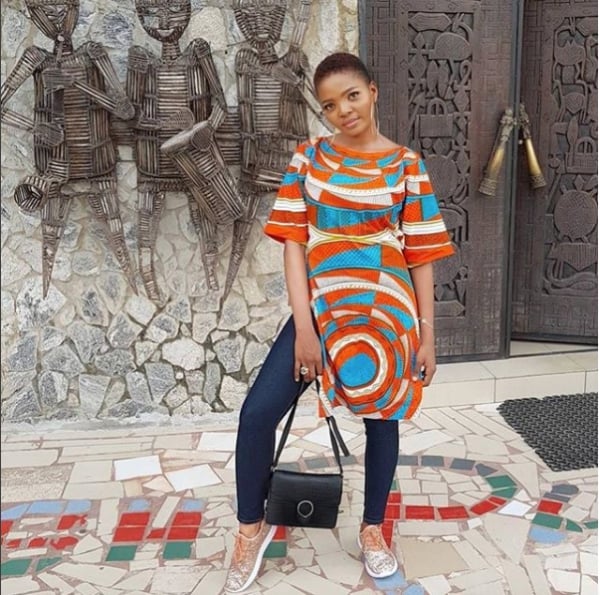 Omon Isinugben is the creative director of Abuja based women’s wear brand Belois Couture, a lifestyle clothing brand that offers a wide range of urban Afrocentric pieces for women.

The brand, inspired by the timeless and glamorous elegance of the 1920s and 1950s combined with the exuberance and versatility of the 70s and the 80s, reflects originality, youth, confidence, beauty, and class. 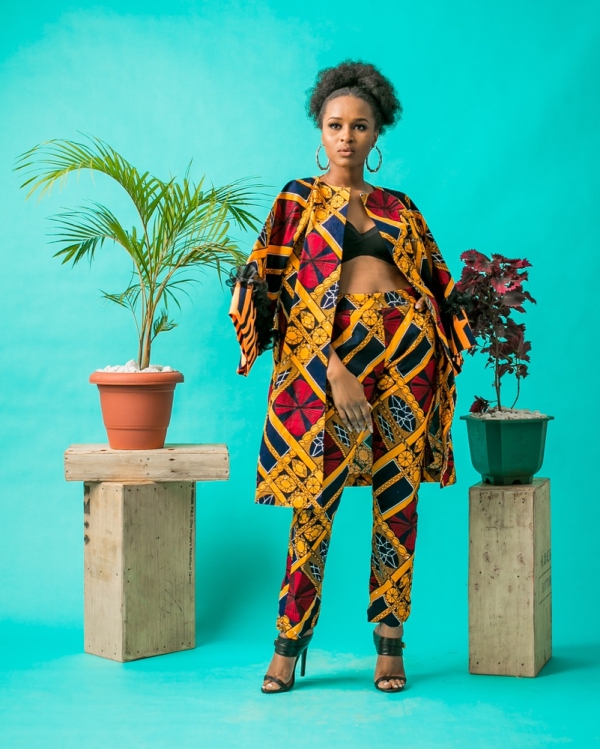 Omon is a two-time LFDW alumnus who showcased her debut collection ‘Isudu Esan’ at the Spring/Summer 2016 LFDW.

In 2017, Yemi Alade, Maria Okanrende, Sharon Ojo, Linda Osifo, and Jennifer Oseh were spotted in pieces made by the young designer. 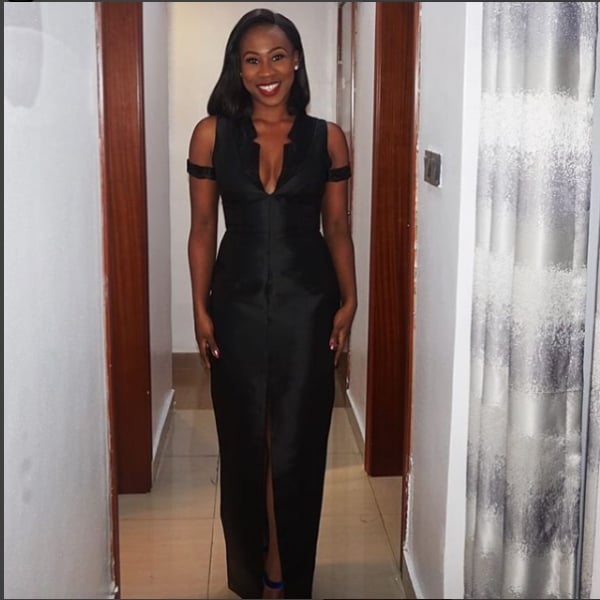 Damilola Osude is the founder and creative director of Lagos-based womenswear brand, Imad Eduso, which was established in 2015.

Her brand is focused on creating classic styles using contemporary trends and colours.

She also emerged one of the top five finalists for the LFDW Fashion Focus and had a great showcase at the fashion week with her ss18 collection made out of well-structured pieces with clean lines and sensual pastels.

Damilola is definitely on the rise and we look forward to what she has to offer in 2018.