Below is a list of top hit makers who according to 36NG would have made the HKN Music group stronger than it is today. 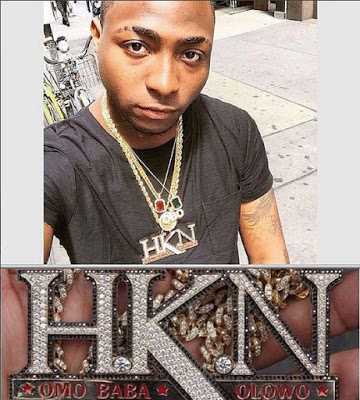 One way or the other, Davido squandered a deal he had in place with hit maker Orezi while he was looking for a music deal that could take him to the next level in his career.

Orezi snubbed the deal Davido offered him, but it wasn’t revealed to us while he refused to sign a contract.

This deal is particularly embarrassing for Davido after he had announced Orezi as an official member of the HKN Gang in a night club few weeks prior to that.

Orezi has since moved on to Sprisal Entertainment where he released his debut album, The Ghen Ghen Album

Runtown’s debut studio album is coming in few days and it could have been another album under Davido’s dynasty which could have made him richer and much of a bigger deal in the music industry. Wizkid wouldn’t have been a competition.

Davido shot Runtown to limelight following their smashing collaboration, Gallardo. Prior to that, Runtown blessed Davido with a multi-award winning single Aye, he wrote the song. Yes he did.

How could Davido be so ignorant negligent not to have noticed this man, Runtown is a big deal?

Runtown like Orezi has moved unto bigger things, he is now signed to Eric Many Entertainment. Tekno is definitely one the hottest producers in the country in 2015, scratch that, he is one of the most talented bunch of Nigeria’s next generation musicians.

He’s produced hit records here and there with his latest Boss, performed by Ice Prince.

Prior to these Davido and Tekno did one of the most collaborative collaborations in recent times, Holiday, a song that should have done better than it did.

Iyanya and Ubi Franklin proved they are more decisive than Davido. They have signed Tekno to their label and are profiting from their investment in him. Tekno’s Duro is one of the most played songs on radio right now.

MC Galaxy used to be an HKN Family and follows Davido to shows, a hypeman. Apparently, the boy MC Galaxy had bigger plans. He was probably learning the trade from Davido and you can’t blame him.

MC Galaxy is now doing well for himself after releasing a decent album that had several hits including Davido assisted Nek Unek, Sekem, Go Gaga and several other chart topping singles.

While you can’t blame Davido for not wanting to risk his money on MC Galaxy on earlier days, his willingness to invest on current HKN artistes shows he is probably not a good businessman. He could have as well signed him instead of beating him up during a studio session

5. Any Other “Talented” Artiste

The reality remains Davido had better options than what he has on his labe; while recruiting. Nigerian music industry has always had a pool of talent waiting to be nurtured or captured.

Artistes like Password (he wrote Gobe), Niniola, Byno amongst others could have been a decent deal for Davido if he couldn’t capture bigger fishes.