Comedian Ay’s  ‘A Trip To Jamaica’ that is currently running in Cinemas nationwide h as already raked in 80 Million Naira to surpass every other Nollywood movies that has hit the cinemas in 2016.
The movie also set a good tone for itself in its first week in the cinemas, by making N61million over Will Smith’s  Hollywood’s ‘Suicide Squad’ record of 40 Million Naira in Nigeria Cinemas.
This report has also confirmed A Trip To Jamaica with a new record as the fastest film to hit the Naira Century mark in the history of Nigerian cinemas in 7 days.
According to Moses Babatope of FilmOne Distribution

“Going by these figures, A Trip To Jamaica, Ay’s sophomore film as a producer, is set to smash the box office records currently held by his own ’30 Days In Atlanta’ “.

The 2014 film made over N160 million during its stay in Nigerian cinemas making it one of the 3 world highest domestic gross movies in The Guinness World Records. 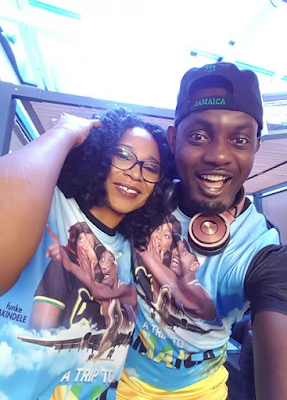