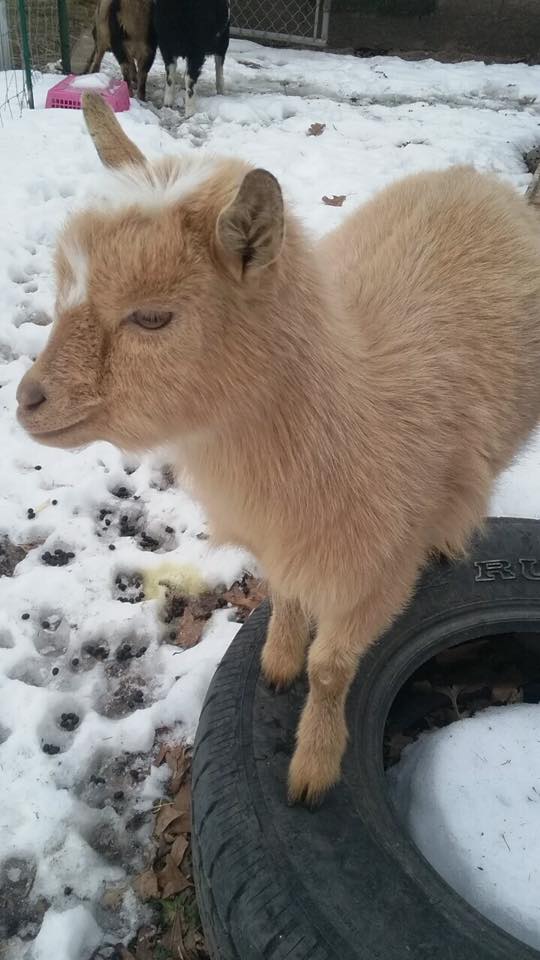 This might sound funny in a way.. But, it’s not.. It’s real, and it’s no jokes! The Police in Winnebao Country, Wisconsin in the United States have declared a Nigerian dwarf goat missing.

They have launched a manhunt for the thieves who stole the goat.

Winnebago County Sheriff’s Office is now in search of the answer after the Nigerian Dwarf goat was stolen from the Town of Poygan, which has a very small population of just over a 1000 people, with 397 households, and 308 families, according to the census figures available.

Cinnamon’s owners say the goat was taken on May 25, and they are hoping for her safe return.

The Sheriff’s Office in a Facebook post says Cinnamon is under a vet’s care and needs medication.