If the report by Premium Times is anything to go by, then one could say it’s really a mixed reactions scenario for this young man. The report has shown that other than writing and marketing books, a Nigerian author is into some other thing that could be considered intriguing. 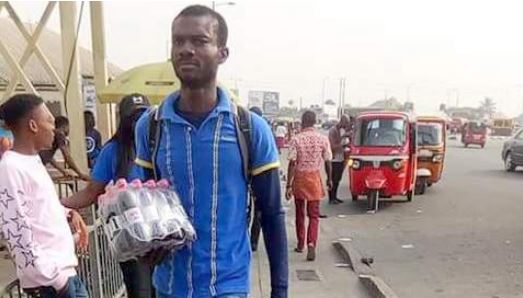 Zobo is produced from dried roselle leaves (Hibiscus Sabdariffa). It is said to contain anti-hypertensive properties, and therefore helpful in the management of hypertension. It’s a refreshing drink for families not only in Nigeria, but in West Africa.

He also distributes the product to stores and supermarkets and hawks it around traffic light in the city.

Mr. Oscar, obviously proud of what he is doing, would take photos of himself handing over the drinks to his customers or soliciting for buyers at the traffic light and then post them on Facebook. And that would stir debates on his brand of entrepreneurship. And then more people would contact him with more delivery request.

“Business is booming,” Mr. Oscar told PREMIUM TIMES, saying he wasn’t bothered about what people think of his action.

“Being an author isn’t supposed to be a profession; it shouldn’t be because you’ve written a book, you now limit your life,” he said.

“I also did that to challenge people who think that youth in the state are lazy. I did it hoping that it could inspire some guys here to wake up and solve their problems instead of depending on the government,” he added.

The young author still markets and sells his books as much as he does the zobo drinks.

He said the zobo business was a partnership with “a senior friend”. He markets and sells the product, while his friend does the production.

“I told myself that I will make my first N10 million before I become 31,”he said. “I am close to that target.”

Mr. Oscar said he writes books from his life experience such as hawking zobo. 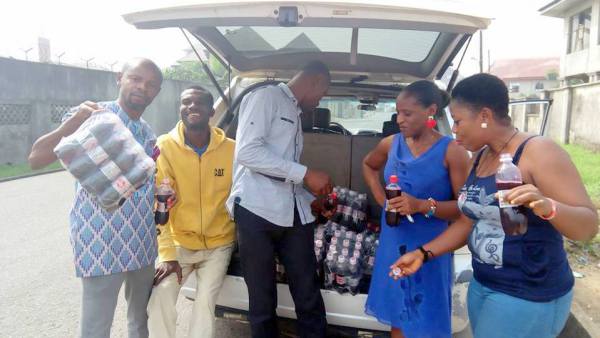 His latest book, 19 Business Lessons I Learnt From A Thief, was inspired when thieves broke into his house and stole his power generating set. He is also the author of the bestselling book, Idiots With B.Sc., which tries to explain why university education in Nigeria “wasn’t bringing out the potentials from the students”.

The author enjoys a lot of support from the youth in the state.

“He is quite different from many youths who are only interested in politics,” says UbongAbasi Okon, a young computer science graduate who is into full-time farming in Uyo.

Mr. Okon said he buys Mr. Oscar’s zobo drink anytime he sees it in a shop.

“I have never met him, but I follow him on the social media. It’s someone the youth should look up to. But a lot of youth may not really look up to him, considering the erosion of values in our society,” said Mr. Okon.

He added, “With time, people will come to respect him; you know, people attached a lot of respect to success. I know a lot of people, for now, might be looking down on him.”

Imaobong Akpan, a public affairs analyst in Uyo, said she has been a close friend to the author and sees him as an “unusual fellow”.

Ms. Akpan tried to justify the author’s action, even though she said she wouldn’t personally like to hawk things on the streets.

“It doesn’t blend, but that is Oscar for you. That wasn’t necessary, but he would always want to prove a point. That was a way of sending a message.

“He doesn’t do things the normal way. Even his books have very unusual titles. He is not just an author, he is an entrepreneur, don’t forget that.
“I think the youth could be inspired by what he is doing,” she said.

The author, a graduate of sociology from the University of Uyo, sees himself as a rebel with a mission to change things in Nigeria. His parents initially disagreed with his attitude towards life, but today they are proud of him, he said.

“Rebellion is obedience to God; there are so many things going wrong in Nigeria and Akwa Ibom State, and it will only take a rebel to correct them.

“Our system here has been soiled and when you try to say the truth people will tell you to keep quiet. Or they would advise you not to say it loud, so that people won’t come after you.

“I see a lot of excellence in other countries, but here we are surrounded by mediocrity. So, I feel challenged every day that I should be able to represent excellence in my own community and in the country,” said Mr. Oscar.