Tech entrepreneur, Victor Asemota, has narrated how a Local Government Chairman threatened him with a gun after he demanded to be paid for a job done.

He narrated this while explaining the challenges tech start-ups face in Nigeria.

He said he was to be paid 600,000 Naira for the website he built, but administrators involved laundered the money with the aid of a community bank.

When he asked to be paid, his life was threatened.

He wrote: “I built a website for a local government and charged them 600k for it. We never got paid.

“Someone had added another zero to a fake invoice, collected the cheque and cleared it through a community bank.

“We raised Hell and the Chairman told me it was in my interest to shut up. 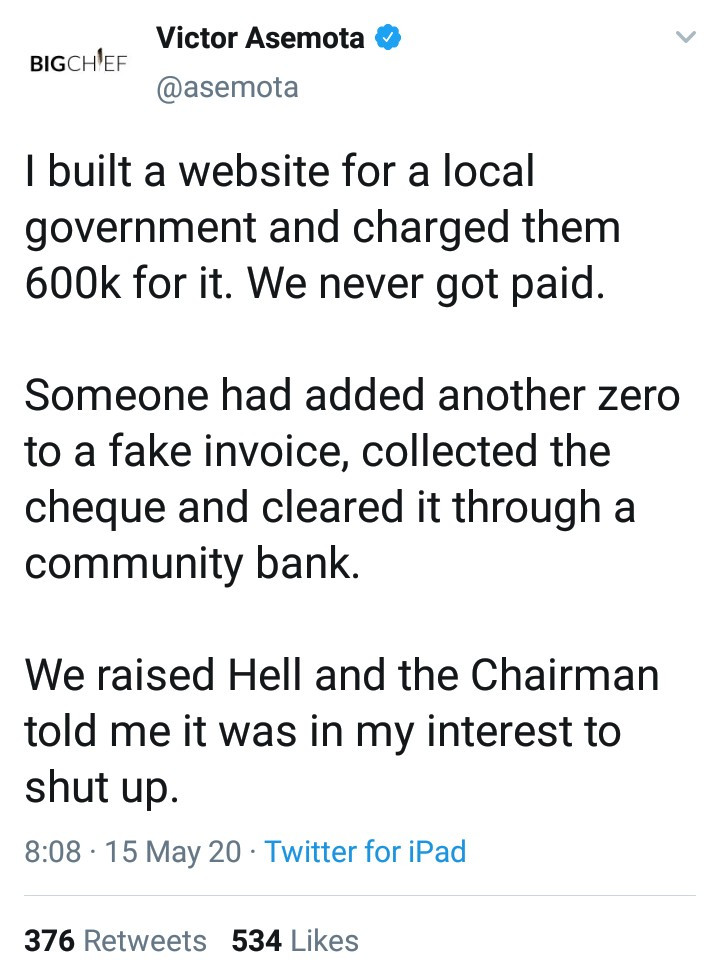 “They invited me to his house for a meeting and there was a pump-action shotgun on the table with other armed men around.

“I left the money for them.”

He added: “Community banks were the money laundering units of LGA politicians. I am sure that it still happens through microfinance institutions till today.” 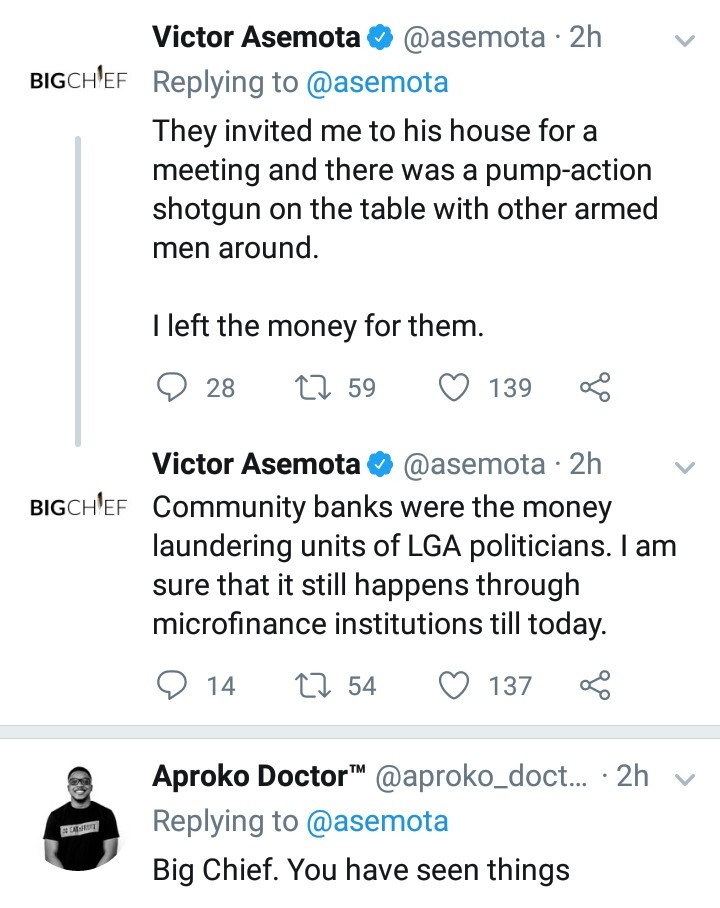 In a follow-up tweet, he wrote: “I gave 2 examples this morning of why people shy away from doing local tech business and will prefer to do remote work. The business you are working for remotely will not hold your money hostage for kickback or steal it blatantly while threatening you. There’re many more examples. 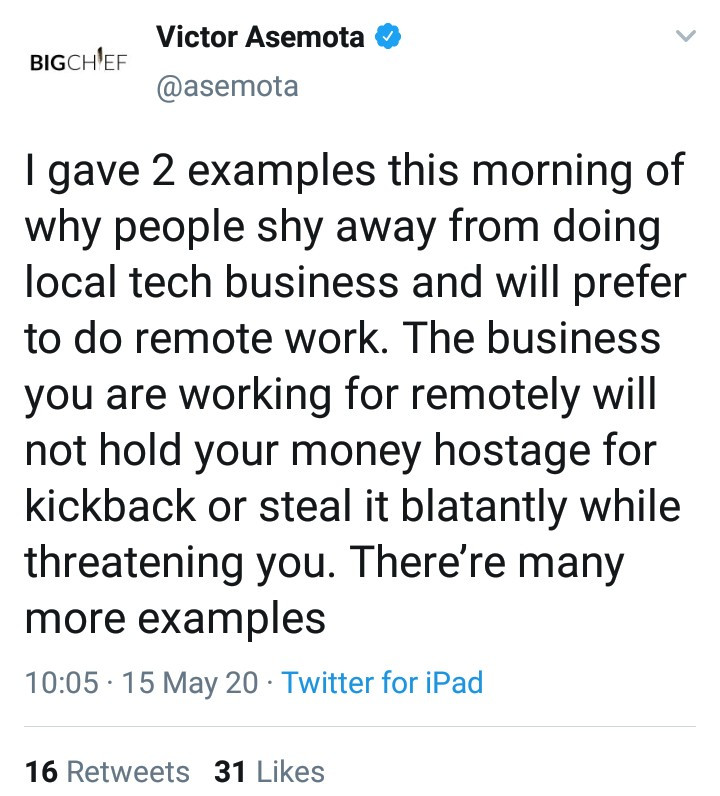 “The Nigerian tech person locally is still threatened and blackmailed by law enforcement in the streets after these tribulations. Even those who work remotely suffer some indignities too sometimes but it is nowhere near what they suffer locally.” 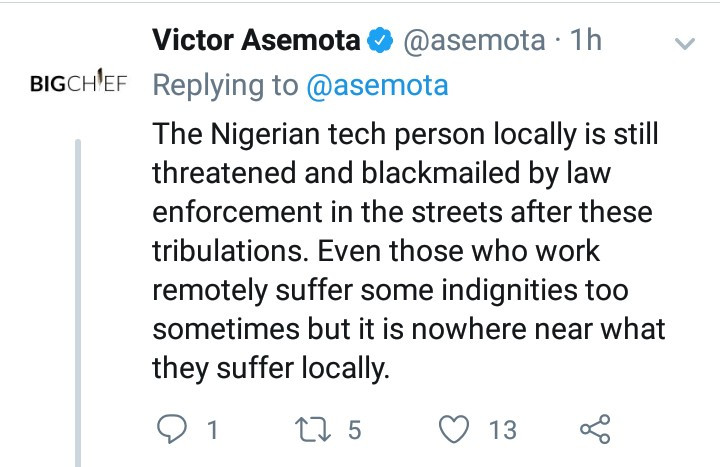