Online sensation and comedian, Lasisi Elenu has just been blessed by big boy, Hushpuppi after the latter asked him to come through at a Gucci store so they could hangout.

The shopping session came after Lasisi Elenu, who is on a sponsored to a trip to Dubai, went sight seeing and rolled up in expensive stores in the city, expressing how shocked he was to see the price of things in those shops and further praising Hushpuppi for ‘balling so hard’ even with the price of things.

The comedian then took to his social space to hail Hushpuppi, seeing that he indeed is balling.

The Gucci king after seeing Lasisi’s praise then commented that they hung out in the same stores. 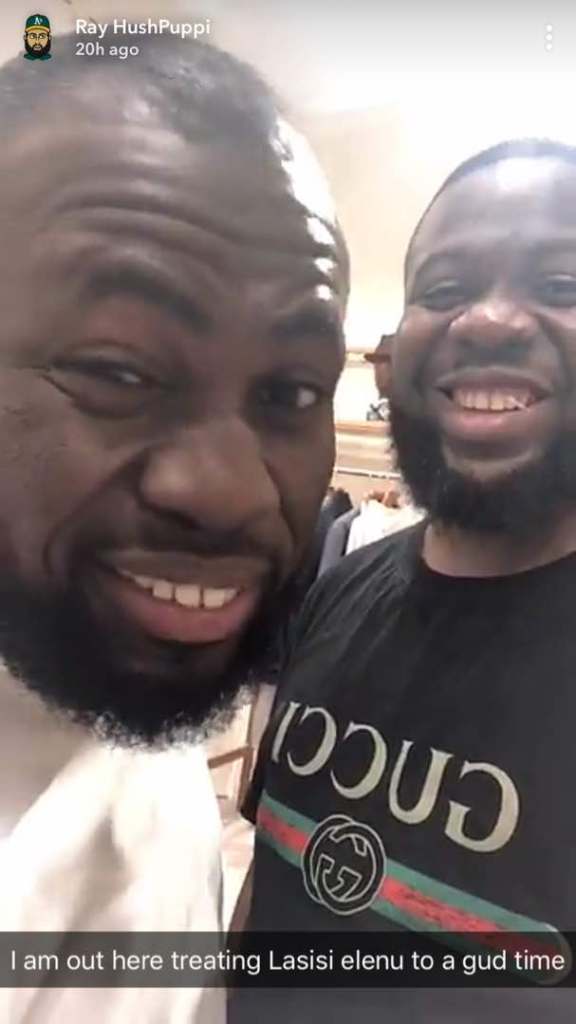 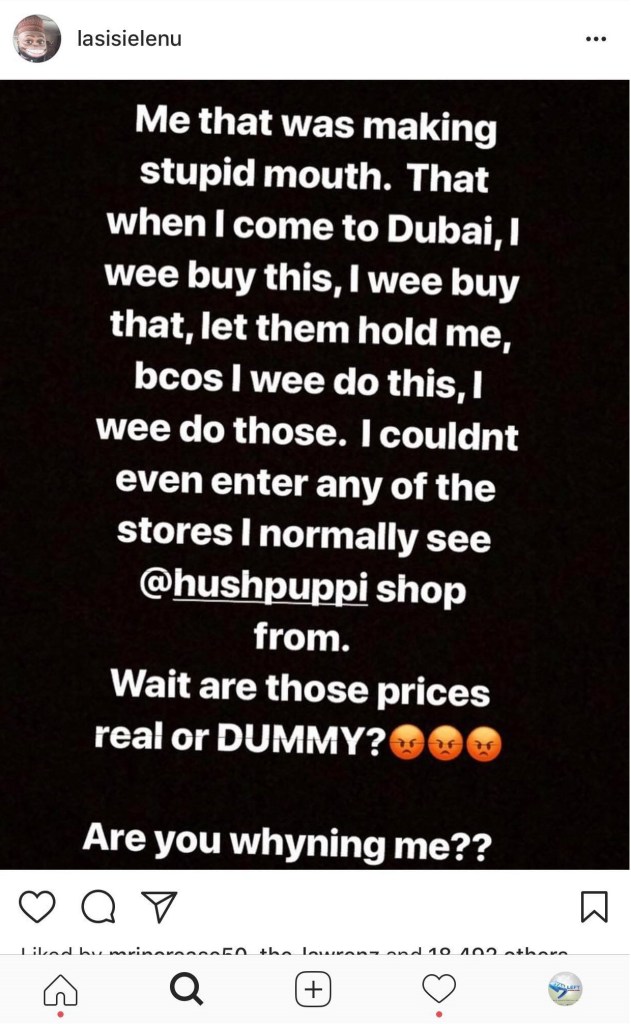 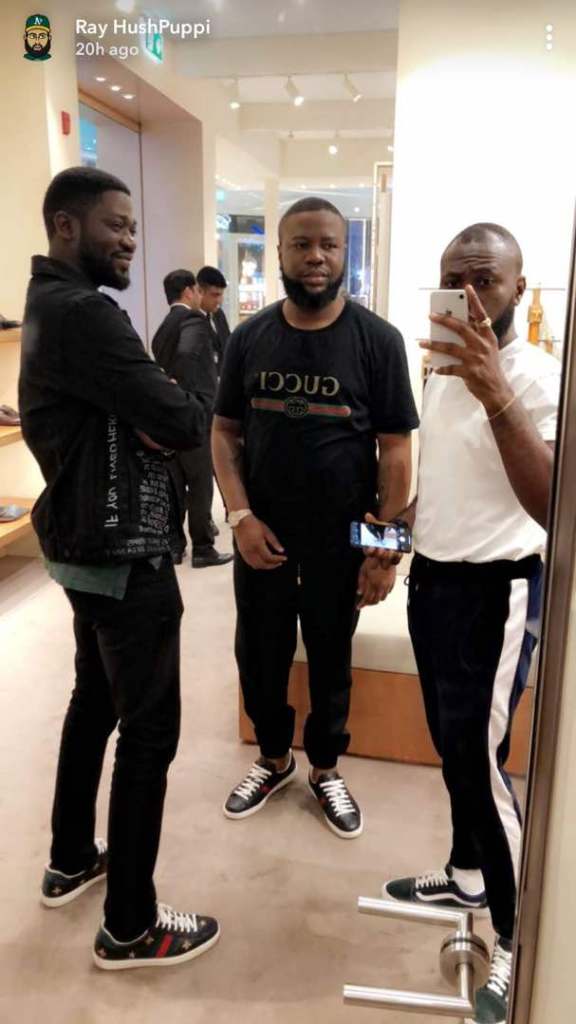 In a video making rounds online, Hushpuppi, as he took the IG comic act shopping, asks him to talk about people who criticize him for not being fluent in English… Lasisi, in his usual comical way, then devalues English, saying who has it help in bringing money.