The Nigerian comedian who manages to perfectly mimic President Muhammadu Buhari has been spotted at the APC convention with his own ‘DSS’.

Obinna Simon, the Nigerian comedian, popularly known as MC Tagwaye, who is known for mimicking President Muhammadu Buhari, arrived in style for the All Progressives Congress (APC) national convention held yesterday at the Eagles Square in Abuja. 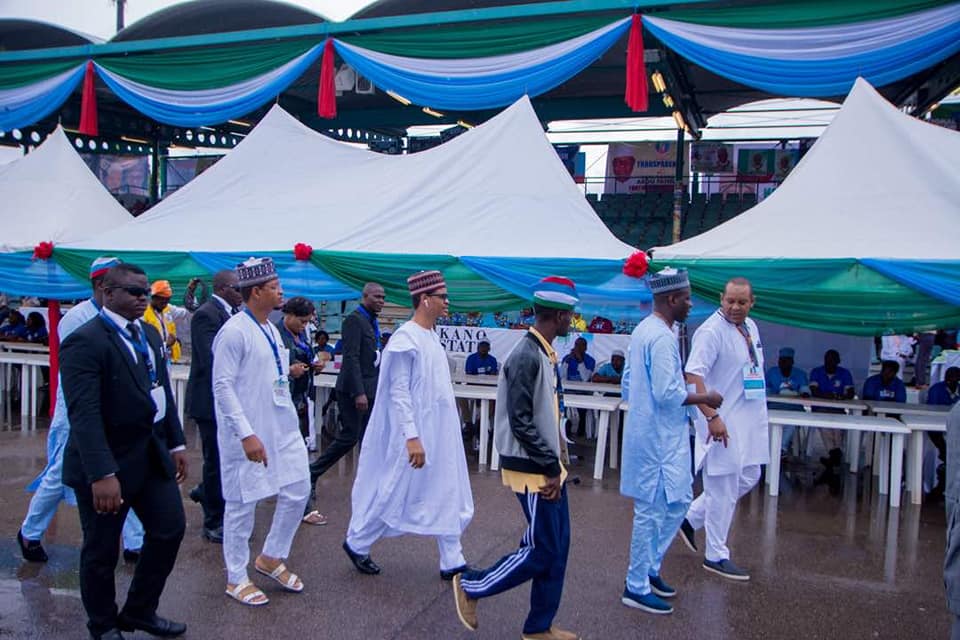 MC Tagwaye and his brother arrive at the convention

The comedian who has been labeled president Buhari’s doppelganger due to similar looks, arrived the venue with his twin brother as they were guarded by men dressed as the operatives of the Department of State Security (DSS). It is not clear if they real DSS operatives or just members of his team dressed to play the part.

Comedian MC Tagwaye entertained the participants at the convention with his usual ploy of mimicking President Buhari.

The comedian said though he is an Igbo man from Anambra State, he learnt how to mimic the president because he was born and raised in Katsina and he has always admired Mr. Buhari.

MC Tagwaye shot to stardom after he styled his craft in such a way that he dresses, speaks and acts like the President coupled with the fact that he has a striking resemblance with him (Buhari).

MC Tagwaye’s ability to mimic president Buhari has endeared him to several dignitaries, governors, ministers, directors of government and other top shots in the country. 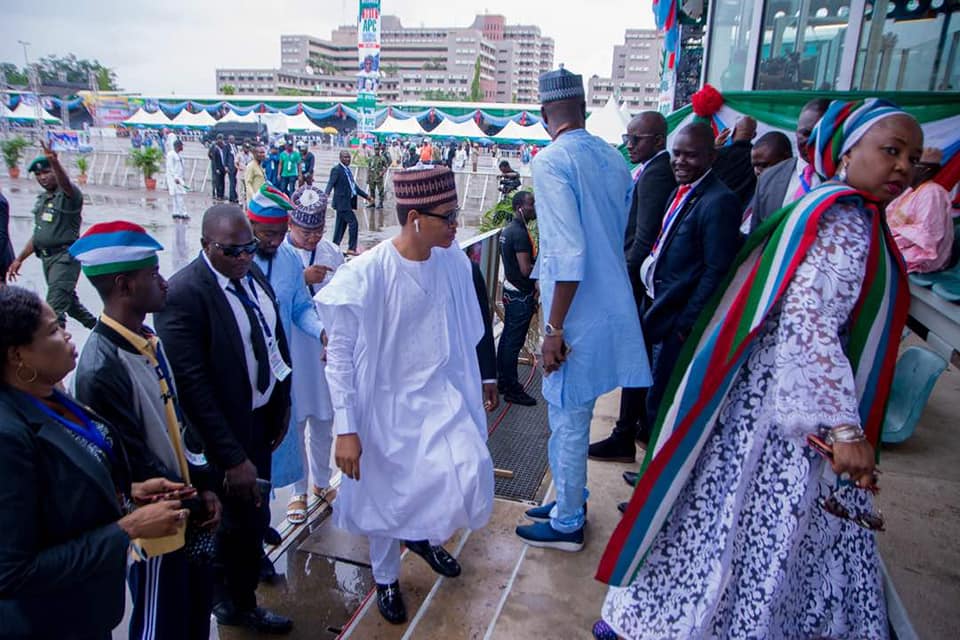 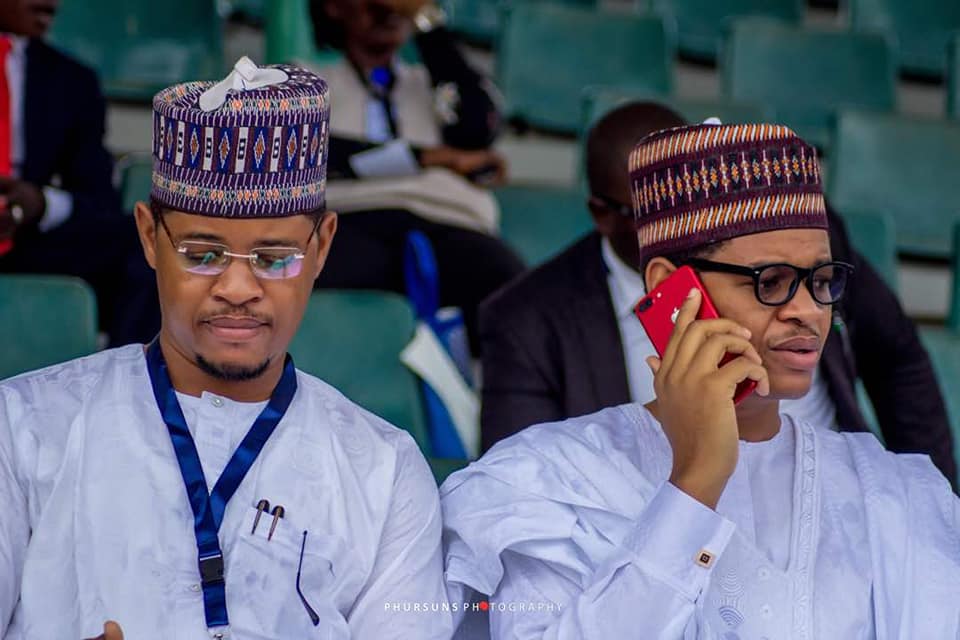