Photos of Edo state Governor, Godwin Obaseki sleeping at the UN General Assembly have gone viral on the internet.

Governor Obaseki is among other dignitaries that accompanied President Muhammadu Buhari to the United Nations General Assembly, where the addressed the gathering on Tuesday, September 25th.

See the photos below: 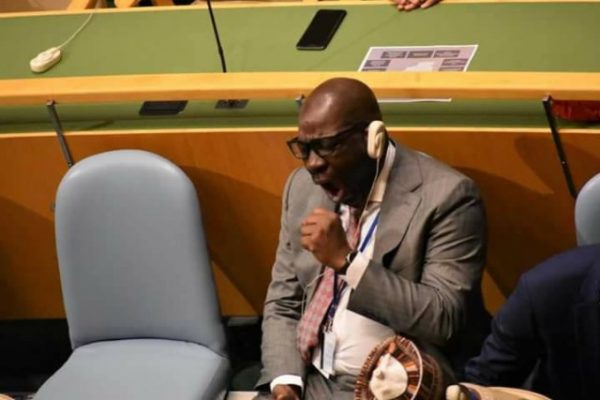 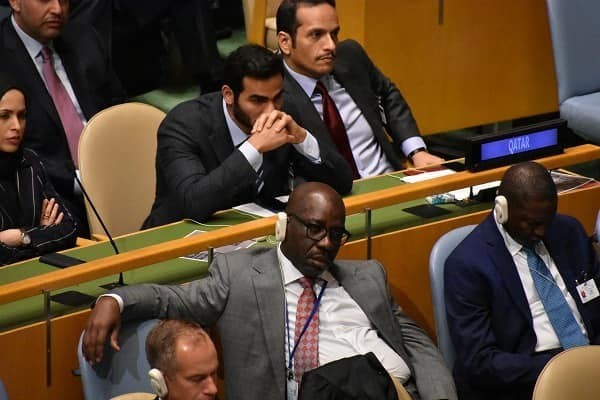 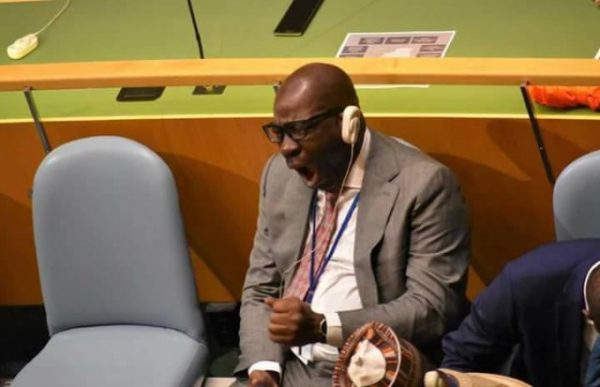 Presenting Nigeria’s National Statement during the opening day of the General Debate of the 73rd Session of the United Nation’s General Assembly (UNGA73), the President first paid glowing tributes to the late seventh UN Secretary-General, Kofi Annan, for his invaluable contributions to global peace.

“We in Africa, while mourning the loss of this great son of ours and citizen of the world, take pride in the way he served humanity in a truly exemplary manner.

He demonstrated, in his calm but determined manner, the virtues of compassion, dedication to the cause of justice, fairness and human rights. He was a visionary leader who inspired hope even in the face of the most daunting challenges.

He devoted his entire life’s career to the UN and the pursuit of its ideals and goals. The world is indeed a better place thanks to his exemplary service.”

President Buhari, while noting that in the past year, the world saw some positive results and encouraging signs from the bilateral and multilateral efforts of the international community to address conflicts, crises and threats to world peace, commended “the efforts of the leaders of the United States, North Korea and South Korea, to realise our shared goal of a nuclear free Korean Peninsula.”