Mobile courts are now to summarily try those bastardising the national currency, the naira, the Bankers Committee said on Thursday. 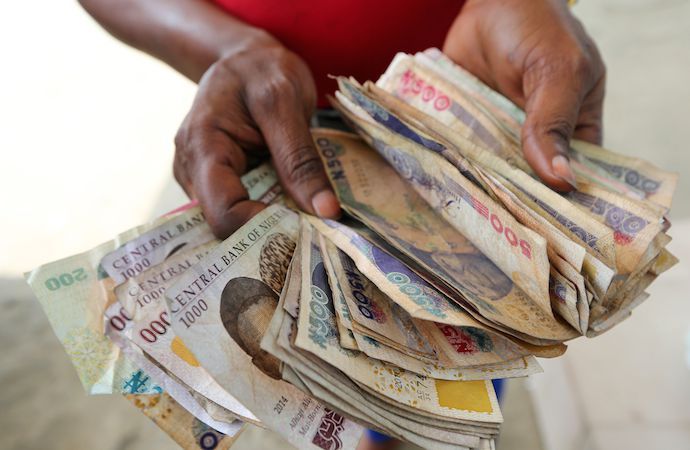 Naira notes
The committee said those who “spray” naira notes at parties risk going to jail for six months or earning a fine of N50,000 after trial by mobile courts that would be deployed nationwide.
Cantral Bank of Nigeria (CBN) spokesman Isaac Okorafor said the police and the Ministry of Justice would be involved in the operation, adding:
“If a celebrant is dancing and you spray him/her, you may go to jail from the party venue because the law enforcement agents will be there, waiting to arrest you.
“It is the duty of law enforcement agencies to catch offenders and take them to court. Our collaboration with the police will intensify as we move to implement the mobile court for offenders.”
Admonishing Nigerians on how to use cash as gift, Okorafor said: “If you want to give, put the money in an envelop, and give it the celebrant. Let’s know that anybody hawking and writing on the naira will face six months in jail or N50,000 or both.”
Managing Director of First Securities Discount House (FSDH) Merchant Bank Mrs. Handa Ambah said people selling naira notes would be punished.
She said: “We need to let them know that this is money. The fact that you cannot spray money at parties does not mean that you cannot put money in an envelope and pass it to the celebrants.”
Loading...