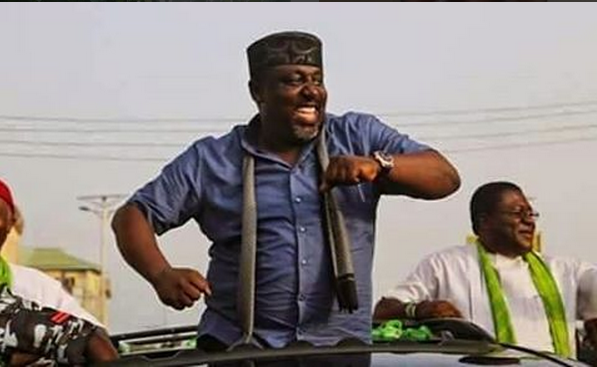 The Governor of Imo State, Rochas Okorocha, has stated that Nigeria will soon celebrate the end of Boko Haram insurgency.

The state statement was made while receiving Air Marshal Sadique Abubakar, the Chief of Air Staff, who visited during the weekend at the Government House, in Owerri, the state capital.

Okorocha said the current experience of Nigeria was part of the history that will be written for unborn generations, he further stated that many nations of the world had gone through such, before reaching their point of greatness.

He commended efforts of officers and men of the Nigeria Air Force in fighting insurgency in Zamfara, Borno, Adamawa states and other parts of the North East.

According to Okorocha, “We sincerely acknowledge the efforts of the officers and men of the Air Force in fighting insurgency in the North East.

“These are sacrifices ordinary people could not make. I commend your officers for defending our nation at this trying times without counting the cost of returns. We would always pray and support you.

“We as a State have dramatized our love for the Air Force. You are the first military organization that received two big gifts from the Imo State Government.

“First, the 200-bed hospital and headquarters of regiment 211 we did so to appreciate you for choosing Imo State as the center for your regiment for the South-East.

“We in the Southern part of the country feel with a heavy heart what our brothers in the Northern parts are passing through and we will continue to pray and give help when needed and soon we will celebrate the end of the insurgency.

“The Imo State Government is ready to continue in the partnership we are having with the Air Force. We can offer you our Imo College of Advanced Studies for you to use for your Artisan School. I am ready to put up the structure for Air Force Secondary School in Imo State.

“Rochas Foundation will be ready to partner with the Air Force to offer a scholarship to children of your fallen heroes in our school nationwide. This is our own little way of appreciating the efforts of our fallen heroes.”