Nigerians need to agree that something has to be done before there can be any improvement in the system of the country, there has been various assumptions and speculation as to how this great nation became as it is now. Although, there has been no tangible answer to this, all we know is we have to leave this state of depression the country is right now.

Certainly, we are on the road to the recovery, thanks to a few bold – and sometimes unpopular – moves of the current administration, evidenced by a reported 1.95 per cent growth in the Gross Domestic Product , improved investor sentiment, increasing ease of doing business and stability in the foreign exchange market.

However, it is not the right time to sit back and rely on the exportation of crude oil as we have done in the time past to the detriment of other resonant segments of the economy, nor is it the time to fold our arms and watch the progress we have made come undone if the political tides shift and bring with it a new dispensation. 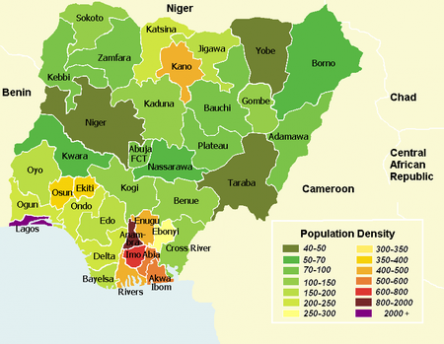 Current realities demand an inclusive, participatory, transparent and revolutionary approach that includes all stakeholders within our society, individuals, institutions and governments alike.

At the heart of the successful transformation of any nation are inclusive, dependable, responsive and trustworthy political, judicial and economic institutions. The onus lies on the ability of existing institutions to take responsibility for their pivotal role in shaping Nigeria’s development and prioritize it accordingly. Too often, the needs of ‘the one organisation/institution’ are prioritized over the needs of the federation and its people. This often results in underhanded practices that are detrimental to the whole and for which these entities are never held accountable.

There is, however, a call for a transition from self-serving methods of operation to more transparent and sustainable practices that transcend ethnic, religious, gender, political and socio-economic divides and embrace true nationalism.

We suffer greatly from a situation where electoral cycles constrain government leaders to focus on cyclical issues during their term(s) in office, thereby leaving out the structural transformational initiatives that can create sustainable progress.

At some point we had Vision 2010. Then there was Vision 2020. Now we have the Economic Recovery and Growth Plan. But what happens when next power changes hands? We will again have a reset of our objectives as a nation because we lack consensus on where we want to go and who we want to be. Therein lies the power of a shared vision.

Key players within the national and sub-national spheres need to come together to agree on the vision of Nigeria. We need to set and agree on clear targets that will guide the activities of each era of governance at the federal, state and local government levels. This way, a succeeding government picks up the baton from where its predecessors left off and continues to run with it till the target is achieved.

Granted, it is no easy feat, but an impressive level of collaboration/partnership across several political parties, regions, states, private and public institutions, and the various arms and levels of government can indeed make this a reality. This would guarantee that the efforts of those at the top trickle down to the smallest unit of the nation effecting real change across board.

While proper political arrangement is crucial to the development of the nation, it is equally important that we build, elect and appoint transformational leaders right from the local levels all the way to the federal government.

What we need are servant-leaders who focus on building a solid foundation of shared goals by showing sincere interest in the needs and concerns of others, building a common vision and working to creatively build consensus.

The ills in the following – rent-seeking, ethnic and religious divisions, corruption, etc. – are now engrained in our culture. However, the culture is a product of years of repression, manipulation, misinformation and erosion of our people’s integrity by poverty and deprivation.

How do we then reverse the effects of abuse? It is by reorienting the masses. It will neither happen in a day nor be contained in a single message. Rather, every person of influence must speak about it in their respective spheres to teach their fellow countryman what it means to be a good citizen. Within our communities, religious leaders, social media influencers, entertainers, mentors, and every single person with a voice must be the agent of a change if we will make a difference.

Our goal is to, therefore, do whatever it takes to educate the population and equip them with the right skills to not only thrive within Nigeria, but to compete on a global scale in this 21st century. This does not speak to only formal avenues of education but extends to the proper organisation of even skills acquisition and spurring young Nigerians to innovation and creativity.

These efforts will, however, come to naught if we do not have the right environment to function. There is an urgent need for funding to support the massive infrastructural development that will sustain our efforts at economic development and the easiest identified approach is through Public-Private Partnerships. Furthermore, the need for diversification is even more crucial. Ours is a country that is blessed with diverse natural and human resources which have not begun to scratch the surface. We need to deploy the full extent of our resources to explore these opportunities and more importantly, build the necessary capacity to move beyond exports of raw commodities to beneficiation.

It will take reorientation of the people, a collaborative approach and a consistent pursuit of one shared vision.