It is no news that Whatsapp has been the easiest platform to disseminate unconfirmed information found on the web. This is because the platform is the best messaging platform made even easier by the message-forwarding feature. But due to the complaints on the amount of forwarded fake information, Whatsapp has been making efforts to curb this. Firstly, by flagging messages that have been forwarded multiple times. Then by reducing the number of people you can forward messages to at once. Though these measures have helped to reduce the level of fake message-forwarding. It hasn’t deterred people from dumbly believing and blindly forwarding without fact-checking. The real problem is not in the creation of the fake messages but in the swift dissemination and assimilation.
Many people lack the patience to confirm information before forwarding immediately. This scenerio even worsened during this pandemic period where people kept creating fake information and sharing it via Whatsapp. 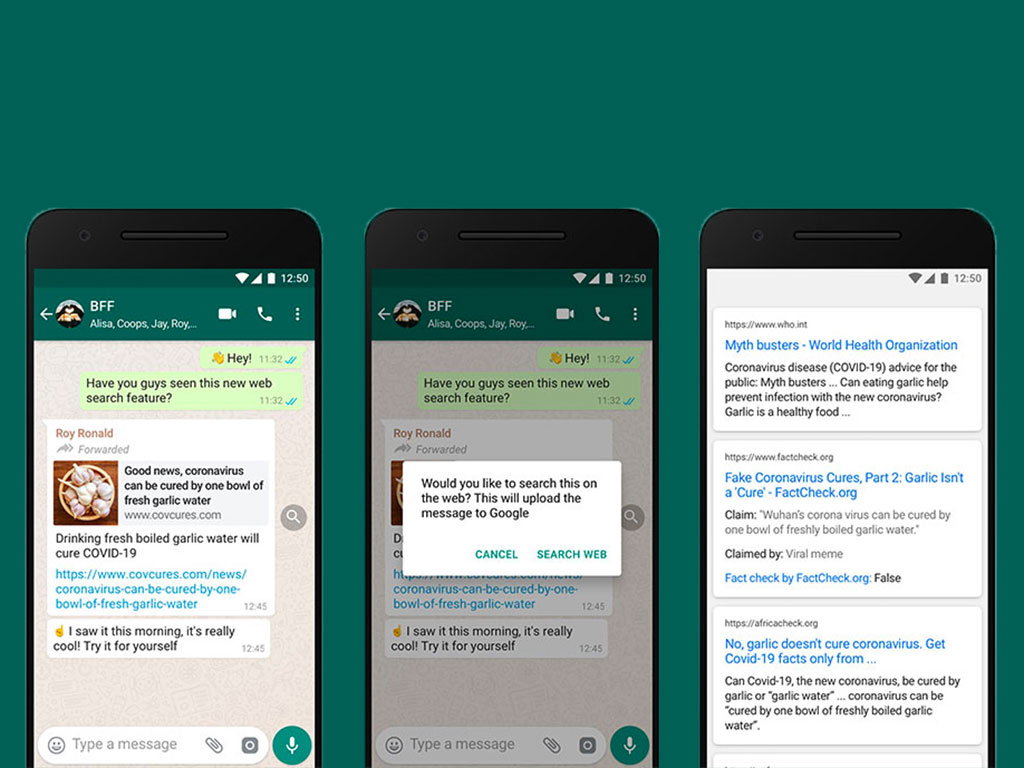 Thankfully, Whatsapp has been able to develop a new feature to remedy this situation. It now has a search web icon embedded in the chat, such that once you get a forwarded message, you can easily click on the button which will immediately take you to your browser to verify the info. This way, you can confirm the info on the web even before opening it on Whatsapp. The popular fake facts will rank high on google and confirm its fakeness.
This is a welcoming feature that took effect yesterday, August 4th, but unfortunately, it is only available Whatsapp iOS and android in the US, UK, Mexico, Spain, Brazil, Italy and Ireland. It is yet to be launched in African countries.
Hopefully, by the time it gets to Africa, there will be limited cases of rapidly disseminated fake info.
Contributing Author
Stephanie Obiekezie
Loading...