Following the crises generated by the Non-Governmental Organisations (NGO) Regulation and Coordination Bill in the House of Representatives, the originator of the bill, Hon Buba Jubril, on Monday said the bill was drafted in the best interest of Nigeria. 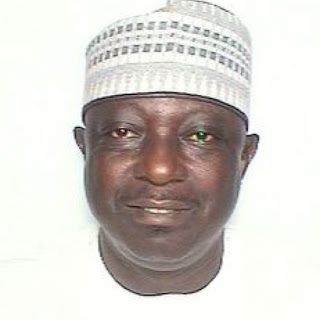 According to him, the aim of the bill was to regulate activities of the NGOs and keep them in proper check as developmental partners of government when passed into law.

Besides, the lawmaker also asked Federal Government to look into agitations for restructuring and devolution of powers for Nigeria to move forward.

Jubril, who said this in Lokoja, the Kogi state capital, after a prayer organised for him following months of a medical trip abroad, said it had been discovered that the activities of many of the NGOs in the country were not properly regulated.

The member representing the Lokoja/Koton-Karfe federal constituency said NGOs were supposed to be partners in progress with the government, to intervene in areas with developmental deficiencies and fill the gaps.

According to him, the bill, which is due for third reading aimed at providing the legal framework for the establishment of a commission to regulate the NGOs, adding that Nigeria would benefit from the bill as it would enhance security by checking espionage activities of expatriates who come into the country under the cover of NGOs.

He said, “You cannot use residual laws of other agencies of government to say you are being regulated. We need a commission empowered by the National Assembly and sanctioned by the Presidency to do that.

“We are still suffering from the incidences of terrorism and insurgency. We have foreign NGOs coming into this country. People are not looking at that aspect and all these people coming, there is no regulation.

“We must monitor their activities because through these NGOs, a lot of atrocities are being committed. They have the capacity to topple governments like they almost did in Russia before Putin quickly outlawed them.

“We heard what happened in the North-East. A lot of them went in there, collected money and disappeared. There was even one that collected over N250 million, spent less than N15 million and disappeared. These people are using the NGOs to launder money and you say nobody should regulate. You want to self-regulate, what kind of regulation is that? Í believe Nigerians need to open their eyes.

“All the propaganda and lies being peddled by those opposing the bill are just to safeguard their selfish interests and nefarious activities against this country. We have procedures in the National Assembly, the bill is for third reading and anybody is free to come on the day of the third reading to present his position. That is all that is expected.”

On the agitations across the country, Jibril, who is also the deputy majority leader, House of Representatives, said, “It is high time we changed the direction of this country. This country is destined to be great but we are being held back by the circumstances generated back to about 57 years ago.

“We have the size, the population, the human capacity, mineral resources, the land, good weather and stable geo-physical environment. So, what is left for us is to sit down count our blessings and begin to forge ahead.

“Again, for us to move forward, we cannot continue with the same way day-in, day-out. That is why there is a lot of disaffection and dissatisfaction in the system and people are beginning to thinks as human beings saying, we must restructure or devolve power.

“Whatever you call it, it is the way forward and I am calling on the government of the day to give it a thought. This country must move forward. We cannot continue to do things the same way and expect different results.”