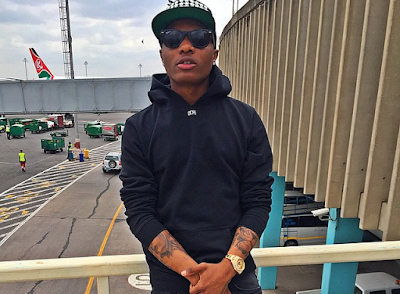 Reports making rounds on the internet suggests that Wizkid just turned down a major mouth-watering offer to perform outside Nigeria.

He was reportedly offered £50,000 (N25m) for an international show, which he rejected; saying his brand is not that cheap.

Nigeria’s economy is in recession, so it’s understandable if artistes reject Naira payments – because it has little or no value when converted to foreign currency.

It is rumored that Wizkid has charged £100,000 for shows outside Nigeria for several months now – due to his rising profile on the international music scene.

The £50,000 deal he rejected was said to have been brokered by his international management team “Disturbing London” – which is co-owned by British/Nigerian rapper, Tinie Tempah.

Wizzy is yet to confirm or deny this report.