Very controversial who came second runner up in the last edition of Big Brother Naija 2017 reality show, Tokunbo Idowu popularly known as Tboss, has revealed she would not make another appearance in the reality TV show, even if she is paid N50Billion.

The ex housemate made this known during a chat with Urban 96 FM show… She said;

“I won’t do Big Brother Naija again even for N50 billion.” 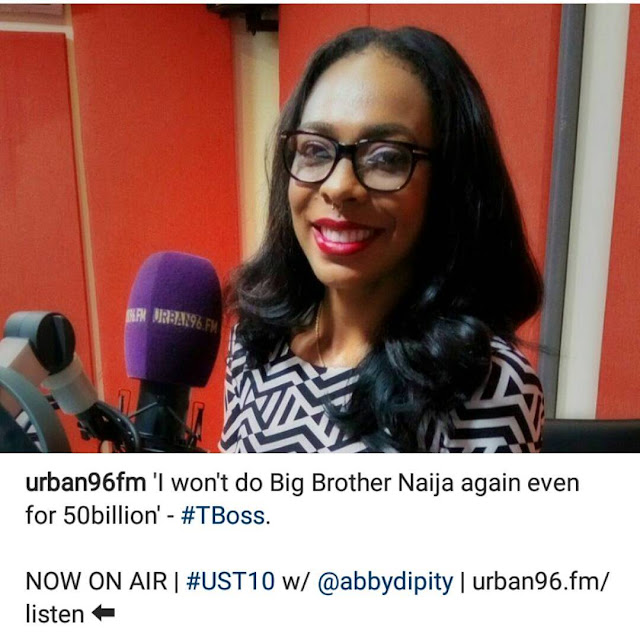