According to reports, Argentina Coach Jorge Sampaoli is ready to put his reputation on the line as Argentina manager – with a change of formation and the reintroduction of Angel Di Maria. The under-pressure Albiceleste boss has dropped Willy Caballero, Sergio Aguero and Max Meza, while favouring Gonzalo Higuain, Ever Banega, Angel Di Maria and Marcos Rojo, while uncapped Franco Armani gets ready to play between the sticks. 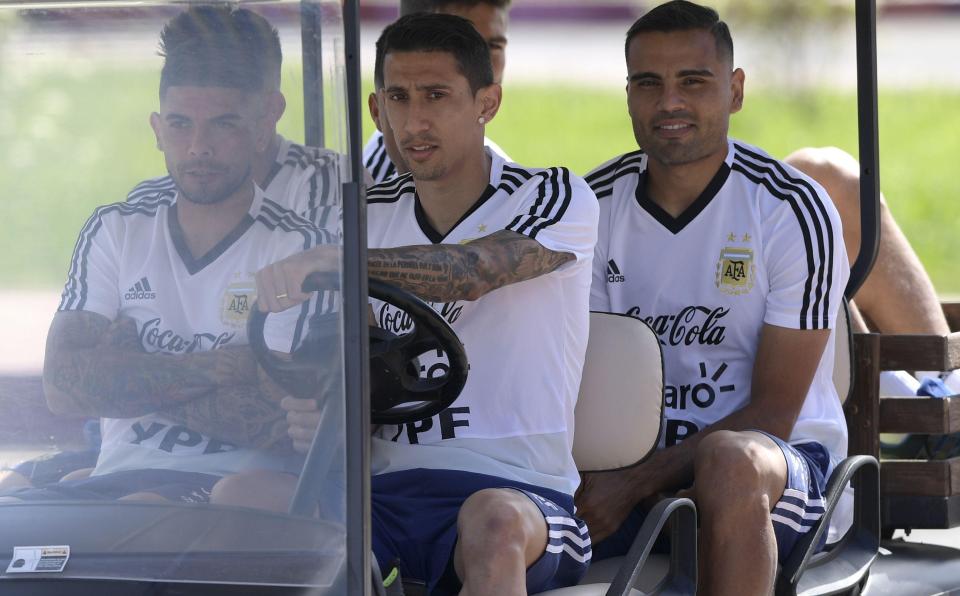 It is a big gamble from Sampaoli to change formation, but his three-at-the-back set-up in the 3-0 defeat to Croatia was so ineffective, he simply had to do something.

According to La Nacion, the team will line-up in more of a 4-4-2 arrangement, but Lionel Messi will surely play a floating role behind Higuain with Enzo Perez on the right and Di Maria on the left.

Former Chile and Sevilla boss Sampaoli is under massive pressure in his home country after finding success elsewhere in his career.

The radical tactician is known for his bold moves and is hoping to get the best out of Messi, who has been largely suffocated during their draw with Iceland and crushing defeat to Croatia.