A 20-year-old who patrols Maiduguri, Borno state along with other security operatives to fight Boko Haram terrorists – has revealed he started hunting from the age of five. The hunter shared his story with Bits of Borno. Read below; 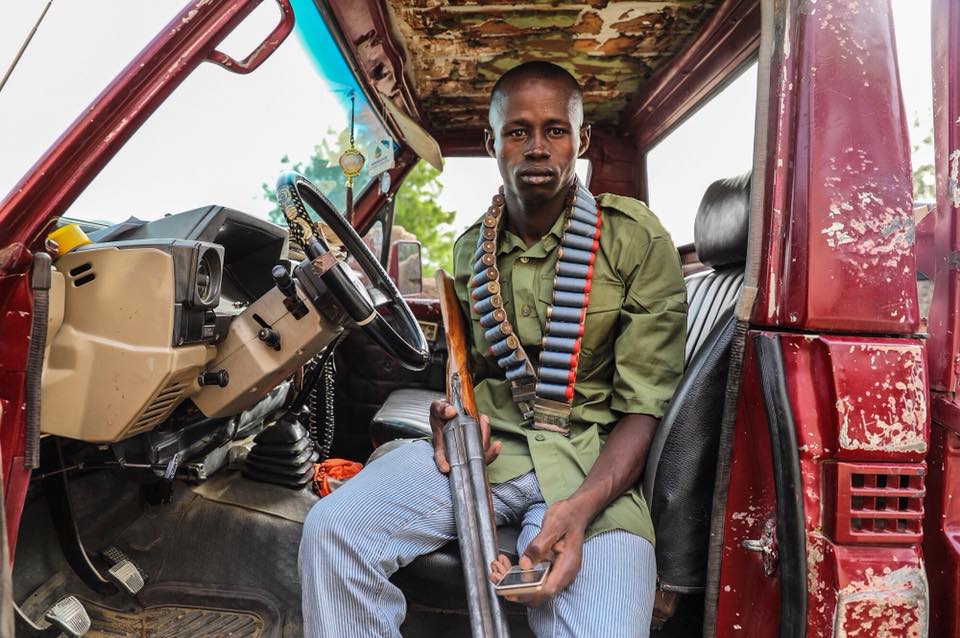 ‘I am 20years old and have been a hunter for 15years. Since age 5, I’ve followed my father everywhere he went as a hunter. Now that I am old enough I venture out on my own with other hunters and we patrol day and night in neighboring towns around Maiduguri. Unfortunately our own village is too dangerous to infiltrate. During patrols we climb trees to sit and wait for the insurgents.

Most times we see them passing with herds of cattle they have stolen from villagers.

Yesterday it was 30 cows but in the past it’s been almost 500-1000 cows they steal from poor people in rural communities. If they’ve AK47s it is easy for them to steal whatever they want. I don’t have any fear really. This is all I’ve done my whole life; because this, protecting people for Allah’s sake. I have put my trust in God. I pray for good outcomes’