She is also the founder of the Tonto Dikeh foundation established on August 27th, 2000 and the primary goal of the foundation is to be a helping hand to the less privileged.

Tonto Charity Dikeh was born on the 9th of June 1985 in Ikwerre, Rivers, Nigeria. She was born to parents Mr Sunny Dikeh who is her father and mother, Mrs Veronica Dikeh as the third of five children.

She lost her mother when she was just three, and she was left to her father’s care. After having her primary and secondary education in Port Harcourt, she proceeded to the Rivers State University of Science and Technology, where bagged a degree in Petrochemical Engineering. We were unable to ascertain the year of her graduation.

Her rise to stardom

Among the earliest Tonto Dike movies, the movie that propelled Tonto Dike into stardom was Holy Cross, in which she featured alongside Jim Iyke, Pete Edochie, and Nonso Diobi.

The controversy over her movie titled “Dirty Secret” made her try music. Terry G signed her to his record label, and then she released her first single, but people criticised her performance.

After the criticism, she joined the DB record label on June 13th 2014. For some unknown reason, she left the Record label in March 2015.

Due to her exemplary performance in the film, she received many subsequent proposals to feature in more movies. This marked the beginning of her success story. Other movies in which the star actress has since featured to date include:

Who is Tonto Dikeh’s Ex-Husband?

Oladunni Churchill is Tonto Dikeh’s husband. They got married in August 2015 and gave birth to Andre Churchill in February 2016. Due to a series of fights and unforgiveness, they divorced in July 2017.

Oladunni Churchill later remarried to an actress named Roseline Meurer in 2021 and they gave birth to King Churchill Junior in 2021.

The controversy between Tonto Dikeh and Bobrisky’s Relationship 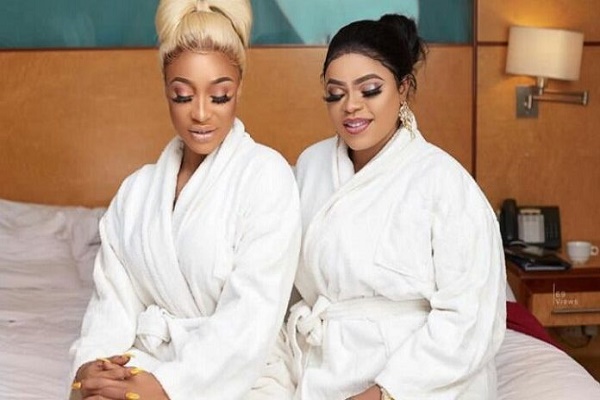 We can term the controversy over them getting married as a cruise because the marriage didn’t hold.

What is Tonto Dikeh Net Worth?

As of 2021, Tonto Dikeh’s net worth is reported to be $1.5 million dollars; but this cannot be verified by any reliable wealth estimator platform.

On 5 February 2016, Tonto Dikeh was named an Ambassador to a property firm in Abuja (NUMATVILLE) worth millions of Naira.

On 9 January 2018, Tonto Dikeh gets an endorsement as a brand ambassador for a beauty and skincare brand (Pels International). The beauty brand is popularly known for making skin brightening beauty products

On 27 April 2018, Tonto Dikeh bagged an endorsement deal with the National Agency For Prohibition of Trafficking In Persons (NAPTIP) on human trafficking.

On 23 May 2019, Tonto Dikeh signed a 100million Naira endorsement deal with Zikel Cosmetics.