Rasheedat Busayo Ajibade is a talented professional footballer from Nigeria. She plays for both the Nigeria women’s national team and the Spanish club, Atlético de Madrid, in the Primera División. Before making her competitive debut for the senior team at the 2018 WAFU Cup in Côte d’Ivoire, Ajibade played for Nigeria at age-grade tournaments. She was ranked first among the best 10 young footballers on the African continent in 2017 according to the sports news blog Goal.

Rasheedat Ajibade was born on the 8th of December, 1999, in Kaduna, which falls in the north-western part of Nigeria. She grew up in Kaduna where she had her elementary school education. 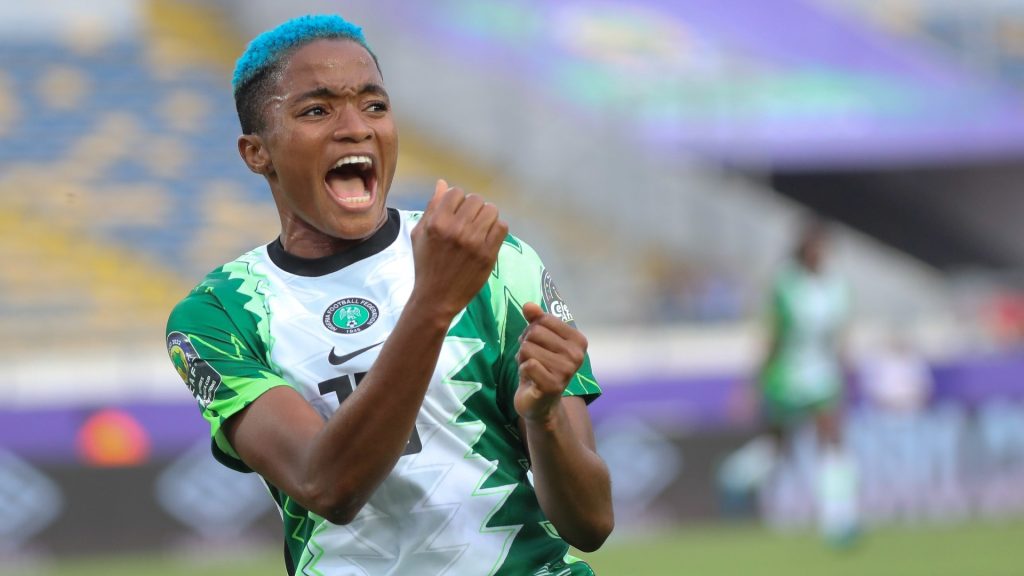 Rasheedat Ajibade started her professional career in Nigeria Women’s Premier League in the 2013  season when she played for FC Robo. She played for FC Robo from 2103 to 2018. She was regarded as one of the league’s top young players in 2014. Ajibade won the Nigerian women’s football freestyle tournament for the second time in a row in September 2018. Despite her team losing to Confluence Queens in the second week of the 2015 Nigeria Women Premier League, Ajibade was included in Soccerladuma South Africa’s squad of the week.

Ajibade was named FC Robo’s squad captain for the 2017 Nigeria Women Premier League campaign. During the season, Ajibade scored in the FC Robo’s victory over the Ibom Angels at home. In order to develop freestyle football, Ajibade won the inaugural Nigeria National Freestyle Championship. FC Robo did not place first in 2017, yet despite this, Ajibade was chosen as the season’s top player after scoring eight goals to keep her team from being demoted.

She received a Nigeria Pitch Awards nomination in May 2018 for best player in the 2017 Nigeria Women Premier League. Ajibade reportedly agreed to a two-year contract in December 2018 with the Avaldsnes IL team from Norway. Rasheedat Ajibade’s two-year contract was revealed by Atletico Madrid on January 1, 2021. Rasheedat Ajibade’s deal with Atletico Madrid was extended by three more years in January 2022, taking it to 2025. 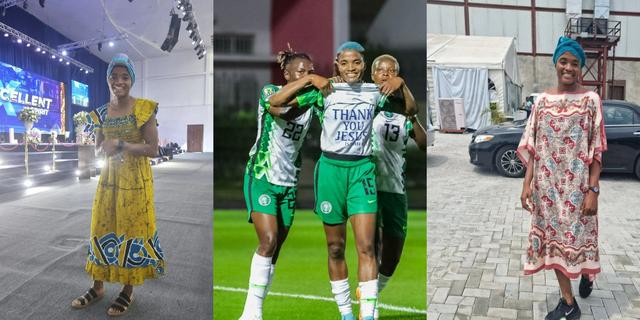 Rosheedat Ajibade has played under-17, under-20, and senior national teams, for the Nigerian Women’s National Team. She scored twice in Nigeria’s first-leg victory over Namibia in the African qualifiers for the 2014 FIFA U-17 Women’s World Cup. Ajibade’s goal gave Nigeria a two-goal victory over Mexico in the last group match, securing a quarterfinal meeting with Spain.

The 2016 FIFA U-17 Women’s World Cup squad for Coach Bala Nikiyu includes Ajibade, who wore jersey number 10. Ajibade served as Nigeria’s captain during the competition.  She represented Nigeria at the 2016 FIFA U-20 Women’s World Cup, and in the second group match against Canada, she was selected player of the match.

Ajibade scored twice against Tanzania in the first leg of their first-round match to select Africa’s participant at the 2018 FIFA U-20 Women’s World Cup, giving Nigeria a three-goal lead going into the second leg in Dar e Sallam.   In the second leg in October 2017, Ajibade scored twice as Nigeria defeated the host team.  She scored twice on January 27, 2018, as Nigeria defeated South Africa by a score of six, securing their qualifying for the 2018 FIFA U-20 Women’s World Cup in France.

Ajibade, Joy Jegede, Osarenoma Igbinovia, and 18 other players were chosen by head coach Thomas Dennerby to represent Nigeria at the WAFU Cup’s first match in Côte d’Ivoire in February 2018. Ajibade scored a hat-trick in Nigeria’s final group match to go to the semi-finals of the regional tournament.

The Nigeria women’s national football team, of which Ajibade was a member, won the 2018 African Nations Championship. In a 1-0 friendly victory over Slovenian club Olimpija Lubijana in Vienna, Austria, she led the Super Falcons for the first time. In 2022, during the Women’s Africa Cup of Nations, Ajibade alongside prominent Nigerian female players like Asisat Oshoala, Francisca Ordega, Desire Oparanozie, and so on, played wonderfully well and became the talk of the town. 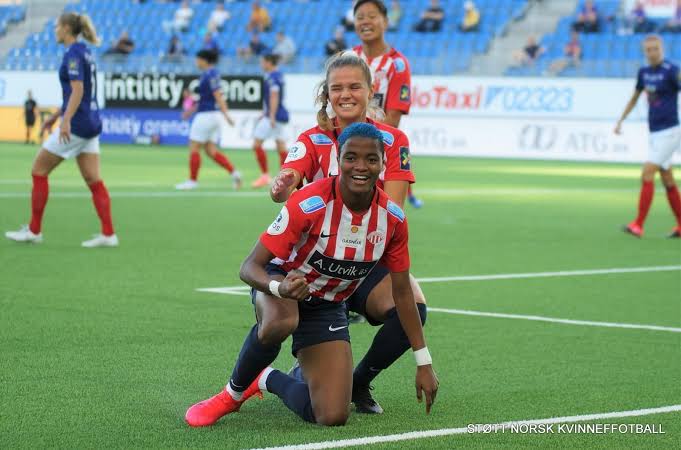 Rasheedat Ajibade launched the #StandOutWithRASH campaign in the summer of 2020 in collaboration with the top athlete branding business in Nigeria, EaglesTracker. It was a promotion effort for Nigeria’s novice football players. Rasheedat Ajibade used her social media platform to give young football players exposure, as well as football boots, jerseys, and cash rewards if they could demonstrate how they stood out on the pitch. She also introduced her official brand, RASH, which offers a distinctive merchandise selection that fans may buy online.

According to online sources, Rasheedat Ajibade’s net worth is estimated at around $3 million.