The Honorable Minister of Youth and Sports, Barrister Solomon Dalung has described the Nigeria Powerlifting athletes as “dependable ambassadors” following their heroics at the World Para-Powerlifting Africa Championship. 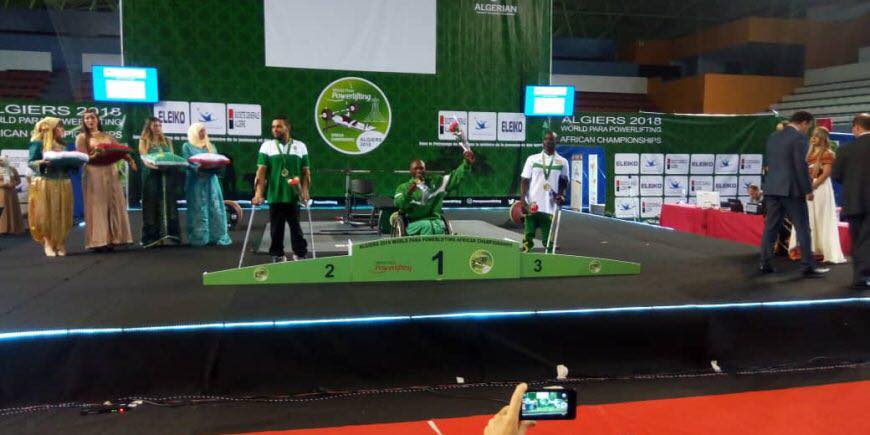 Dalung said the medals return of the 13 athletes who won 11 gold and 2 silver medals at the competition which ended on Sunday in Algeria, has remained unparalleled.

While commending the team, the minister said the level of consistency of the powerlifters should be a point of reference to other athletes.

“These athletes won’t fail to amaze Nigerians, myself included. When you think they have done their best and gotten to their peak, they come up with something different in a spectacular manner.

He seized the opportunity to applaud Nigeria’s number 1, Aruna Quadri for winning the elusive ITTF Challenge also on Sunday.
Quadri ranked 18th in the world defeated Frenchman, Antoine Hachard 4-2 to win the singles event of the 2018 Seamaster ITTF Challenge at the Molade Okaya Hall

He said the victory which is the first by any Nigerian after 4 previous attempts confirmed that “quitters can never win while winners never quit”.

Meanwhile Dalung who described the weekend as a good one for Nigerian sports has encouraged the Deaf Eagles who settled for silver after losing narrowly to Mali in the finals of the West Africa Deaf Championship to strive for greatness.

He encouraged them to take the 1-nil defeat in good faith as they prepare for future challenges while praising them for ensuring that Nigeria’s flag was hoisted in Lome despite cash restraints during preparation.