Another Nigerian soldier who survived the Boko Haram onslaught which reportedly left over 100 troops dead and many others injured in Metele, Guzamala Local Government Area of Borno on Sunday, November 18th is successfully undergoing treatment. The soldier identified as Mr. Frank Dorbu from Boue in Khana local government area of Rivers state – is undergoing treatment along with some of his injured colleagues after the onslaught. According to reports, large cache of arms, ammunition, and military equipment were carted away by Boko Haram fighters during the attack on 157 Task Force Battalion. 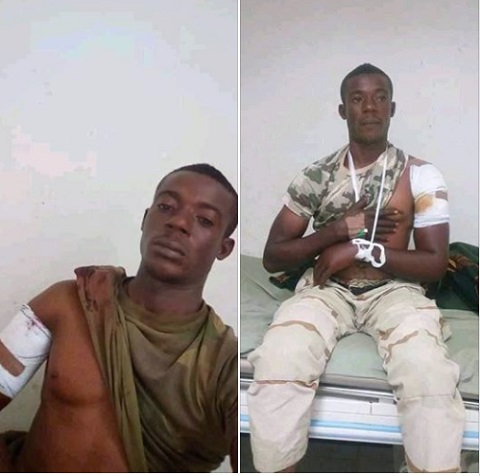 According to a soldier, who survived the attack, their location was invaded after Boko Haram allegedly issued a threat letter last Friday that it would soon take over four strategic military locations around the Lake Chad region. The soldier, who managed to escape the attack alongside other injured troops, said at least 70 soldiers died in the attack.